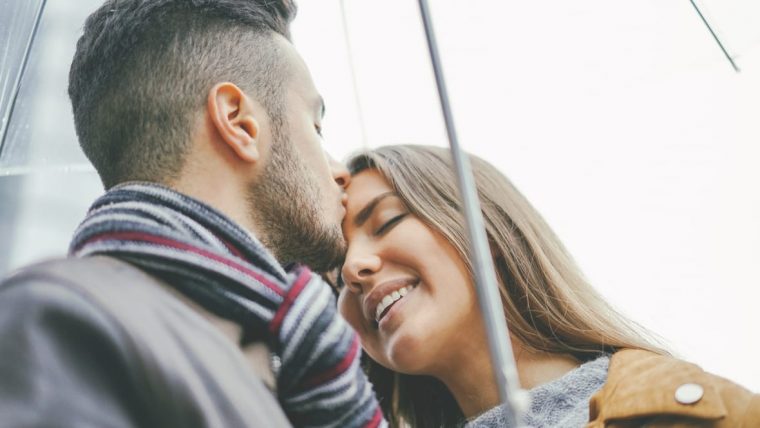 Hi lovelies, how are you? How was October? Are you hyped for November? Let’s dive right in.

The beginning of the month has the Sagittarius man in a good mood. He is especially prone to love topics and romance, so it really is a good time for fun dates and going out and about on adventures. Being around or texting with a Sagittarius man during this time can result in a lot of laughter and positivity.

The New Moon will activate his inner demons and shine a light on the fears that he would rather not face at this time. He will also have a high-running libido, and despite being rough around the verbal edges, he’ll have luck in his romantic endeavors. His love interest or partner might not find him so cute during this time, but the Sag guy will still manage to pull out the longer end of the stick (pun intended!).

The middle of the month puts him in a more solemn mood. His twelfth house is still (over)active, and both his area of finances and friendships will take a blow. However, it is a prime time for dates that include games and a fun atmosphere.

The end of the month will see a significant rise in Sagittarius’ mood. And that’s great news for his romantic life as well. He’ll be more open about his emotions, and he’s more prone to allowing himself to be vulnerable in front of his love interest/partner.

Born To Be Wild

The beginning of the month finds the Sagittarius man focused on his image, body, and desires in love, thanks to Venus in his first house. The primal impulses will be quite active in his twelfth house, which will result in an increased libido.

Jupiter, his chart’s ruler, has a beneficial placement in Aquarius, as it conjuncts two of the very prominent stars (Nashira from the Capricornus constellation and Sadalsuud from the Aquarius constellation), which bring even greater benevolence to Jupiter stationed in Aquarius.

With this, the Sagittarius man will have good luck in all of his communications, especially those that concern his friends, his passion (career), and his love life. He’ll be extra romantic during this transit, and Venus conjuncting Juno in his first house will reveal his subconscious tendencies toward a perfect partner.

The Sagittarius man will have luck in love during this transit, and he will stumble upon a perfect love interest/partner for his needs. Whatever happens in his love life at this time is destined to be, as the North Node, Lilith, and Ceres traverse his seventh house of partners and marriage.

The Sagittarius man will feel generous and lively at the beginning of the month. He’ll remain positive and receive help from “above” in all his dealings. Now is an especially beneficial time for all romantic contacts, especially those that include love letters, texting, and discovering about each other through the means of typing.

Even his field of finances will see a positive increase at this time, so going out on dates and indulging in fun and a bit of adrenaline-inducing activities will be ideal. Positivity is contagious, and the Sagittarius man sure can make everyone laugh!

The Eclipse will bring danger to his head and health in general, as well as serious moments for developing his long-term affections and growing his relationship.

The New Moon highlights his twelfth house of dreams, fears, and hidden enemies. It wouldn’t be of much concern if Venus (in his first house) wasn’t on a very maleficent degree (the Anaretic degree), plus in conjunction with Sinistra fixed star from Ophiuchus constellation, which brings sorrows in love, mean demeanor, and devastating circumstances.

Venus’ influence in the Sagittarius man’s rising house is fortified through sextile with Mars that conjuncts the whole New Moon conundrum in his twelfth house. His words (and behavior) during this lunation will be influenced by his subconscious programs and fears.

Thus, his mannerism and tone might be unnecessary wounding and sharp. He is actually wounding himself as he is battling his inner demons. Additionally, his fourth house is also being activated, so some family matters might make things worse.

But his fifth house will be active too, meaning that he will want to indulge in adrenaline-inducing behaviors to take his mind off the more unpleasant things. The Sagittarius man will be ultra-flirtatious during this transit, despite his words being too direct and sharp. He is most likely to be successful in his ardor endeavors.

He will have more luck than brains when this New Moon hits, so even if he makes some sharp statements and brazen comments, there won’t be long-lasting consequences, not for him.

Hold His Cup Dear While He Drowns In His Sorrows

The middle of the month casts the Sagittarius man into more solemn vibes. His rising house is left empty as Venus has moved into Capricorn (his second house) and has found its way onto the most violent object in the sky – Facie in the Sagittarius constellation – and brings misfortune to his financial affairs.

What’s more, Jupiter in his third house hits a very unpleasant degree, containing the Deneb Algedi fixed star from the Capricorn constellation; this brings possible injuries to the vertebrae in the lower back, clogged blood vessels, and disappointment in secret wishes.

To add sorrow to misery, he’ll discover falsehood among his friends and suffer a loss through an individual he held very dearly.

His twelfth house remains active (throughout November), but the tension release and culmination are drawing close, and he can feel it in the back of his mind.

A silver lining in mid-month can be found in Moon transiting his fifth house of pleasure, fun, and sexual escapades. Although I am not advocating that he acts out all of his wildest fantasies and desires at this time, there could be some good coming out of this.

Going on a fun date, having a bit of an adventure, visiting a nearby fair, and indulging in fun games could be beneficial for both him and his love interest or partner.

The Full Moon Eclipse in Taurus highlights his house of health and work. So, he should be cautious with his head and neck.

But the good news is that he’s definitely going to feel the Sun conjunct the tip of his first house, the Sun is preparing to enter his rising house, and the last days of it in Scorpio cannot put a damper on the Sagittarius man’s optimism.

His seventh house of marriage and long-term partnerships is hitting quite strong at the moment as North Node, Ceres, Lilith, and Vertex have all found their way into it. What this means for him, is that destined meetings and contacts with his love interest or partner are preparing him for Venus’ dedicated vibes.

The Sagittarius man is growing as we speak (or as you read this), and he is maturing. His romantic side is coming of age, and he is becoming a more responsible and composed adult in love. This transit is ideal for quieter settings and dates that will have a serene atmosphere.

The end of the month gives Sagittarius man a proper send-off into his very own season! The stars are good and aligned for his success, optimism, and spreading of positive vibes.

He’s feeling good, and what is even better, the people around him are going to feel good, especially his love interest or partner. He has completed his growth spurt, and how he is ready to commit to a more long-term partnership.

What’s more, the Sagittarius man has good prospects in both the financial field and in the communication area at this time. Blessings are dropping into his life like flies; all he has to do is pay attention and not waste the opportunities laid before him.

What happens during this time, or better put, what he does during this transit with his romance and love life will stay with him for good. This is a crucial, formative time for his happiness in love, and so, it’s a great time for spending time with his love interest or partner in activities that allow discovering each other on a deeper level.

Engaging in deep talks, going camping, stargazing, listening to the stories next to the campfire, going fishing (some girls like to fish!), hiking, and exploring the woods (well prepared, of course) can be all the jazz during this period.

What is most important is to keep interacting with each other with inner freedom and openness to share emotions. The Sagittarius man will feel braver than ever to speak up about his emotions, and he will leave himself open and vulnerable. It’s a good heads up if you ask me!

Read next: 5 Ways To Nurture The Passion With A Sagittarius Man

As far as November goes, I’d say Sagittarius man is one of the lucky ones. No surprise there either, as he is under the rulership of Jupiter, the planet of luck.

If you’re in doubt about your relationship with a Sagittarius man or are looking for more specific guidance in love, then it’s time to check out my special offer. I’m providing my lovely readers with VIP consultation where I can answer all your personal questions in love and life.

Stay safe my darlings and happy end of the Scorpio seasons. Until next time…