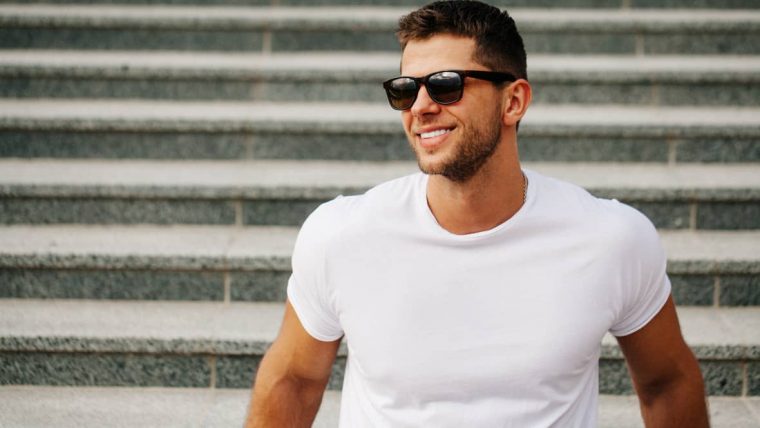 Hello lovely readers, how are you? Great, I hope, because it’s that time of the month again – we’re reading predictions! Let’s jump right in and see what this April holds for Sagittarius man…

Right off the bat, there’s a New Moon taking place in fiery Aries, in the Sagittarius fifth man’s house of fun and pleasure. He’ll be romantically inclined, but he’s always in a competitive mode, so it’ll be great if you can do some competitive games together or adrenaline-inducing activities.

The middle of the month puts the Sagittarius man in a pensive mood, as he is forced to look the facts in the face. There might arise a situation where he has to take care of his family’s business. He’s going to feel extra foggy and unsure of himself during this period. Whatever he does, he shouldn’t be foolhardy…

Come the Full Moon, and the sky is not treating him very nicely. There’s a lot of possibility of conflict going around. He should know better and not start anything right now, because the planets are not kind to any form of aggression and oppression during this time…

The Black Moon brings a lot of changes, especially to his daily life and home. What he can do right now is to stay open-minded and positive. It’s not the time for faking anything, so if a meetup or date is not going smoothly, leave it for another day.

The beginning of the month is fun, fun, and more fun! The New Moon activates the Sagittarius man’s fifth house of fun, humor, and good times, and your Sag man will definitely have a blast! He’s going to feel quick-witted, humorous, and generous during this time. Enjoy this time with him while he’s in high spirits.

It’s a perfect time for dating and some lovey-dovey talk. You should go out together and do something wild, something that will keep your adrenaline pumping and the two of you guessing. There’s no better recipe than “danger” for falling in love!

If you can, you should go to a ‘crime scene’ club to solve some mysteries and dive into the clues; this game can prove you’re a better team than you thought you are. You should also let yourself have fun playing video games, especially games like Mortal Kombat or Tekken.

The Sagittarius man loves nothing more than the romantic competition when it comes to wooing and flirting. So be a good sport and play it out with him.

His communication style is going to be fast and direct, and it’s possible that some problems will arise back at his home or within his family, but he’ll manage not to get too phased about it.

The Moon phase on the 9th of April activates his eighth house of sex, taboo, and hidden desires, whereas the opposition with Pluto highlights his second house of finances. This is an interesting transit and it’ll be fun to see how it plays out in the Sagittarius man’s life versus his perception…

The Sagittarius man shouldn’t spend a lot of money right now, so it’s best for him to save money where he can. His fourth house is getting more spotlight as Venus has entered it recently and is now making its way towards Jupiter.

While we’re looking at Jupiter, it’s conjunct Neptune exactly, so there’s a possibility that the Sagittarius man will hear a lot of lies and drama from his family.

This is a good time to listen to Mercury in Aries and just either stay out of everybody’s business or burn all your bridges down. He’s going to feel tense right now, and there’s a possibility of feeling extremely low due to not achieving some of the goals he set at the beginning of the year.

It’s a good time to go on economic dates or just stay home and cook while Netflix is going on in the background.

On the 16th of April, there’s a Full Moon transit taking place in the Sagittarius man’s eleventh house and opposing the Sun in his fifth house. In this case, it’s predicted that his friends or colleagues might try to take advantage of him, or it’s possible that he’s been self-centered and his friends try an “intervention.”

Whatever the case, his pleasure-friend axis is going to shake. He should take really extra care of his body and health right now, as Mercury is conjunct Uranus and Uranus is conjunct the North Node. Something fated is happening with his health, and there’s nothing he can do to stop it, only deal with the assigned changes in his daily schedule.

There’s a whole conundrum going on in his fourth house of family and home. Mars doesn’t feel well in Pisces, and it is a great recipe for a catastrophe of passive-aggressive proportions…

This is a good time to go on silent dates, or just to be next to each other without talking much or trying to say something about what’s been going on.

The second New Moon of the month takes place on the 30th of April, and it happens in the Sagittarius man’s sixth house of health. Mercury has moved into Gemini, where it feels the most at home, and that is a good thing, but we still have to address this massive stellium in his sixth house.

So, this means that disruption and changes are left and right, raining upon his parades like cats and dogs. It’s a great time for him to start something new, preferably a healthy habit that will help him either lose weight or get in shape.

His fourth house matters are seeing an escalation as well, thanks to Venus conjunct Jupiter and Neptune. This is going to be a funny and interesting transit, especially since there’s Mars in the mix, too. The Sagittarius man should not quarrel during this time, nor should he trust the wrong crowd.

His family home can become a very hectic and crazy place for him right now, and he might be forced to spend some time with new faces who do not please him very much.

It’s a good time for verbal diplomacy and objectivity. It’s also a good time to tell the truth where feelings are concerned and to seek information on how to best solve the issue on diplomatic terms.

As this new cycle begins, he’ll have to deal with family matters in May, that much is clear…

The Sagittarius man will feel quite hectic in April. The beginning of the month definitely puts him in a good and competitive mood. He’s game for any kind of date that involves using your noggin and having a friendly competition while you’re at it.

The middle of the month sees him in a downer mood. Thanks to the Moon and him activating all of the watery signs and houses. Nothing bad, he just needs to dedicate some more time to meditation and proper breathing.

The end of the month is a real treat, but it could prove not to be for Mr. Sagittarius… His sixth house of health and daily life is activated. He’ll need a lot of mental fortitude and emotional detachment to get over the shakes he received now through the tight conjunction of the Luminaries with Uranus…

I know that it can feel impersonal just to read my general advice on my horoscopes. If you ever feel this way then take advantage of my VIP Consultations. I created them so that I could get more in touch with my followers, one to one. Move fast to book a spot though!

Wishing you a wonderful April full of love and light. I’m looking forward to seeing you here again next month!