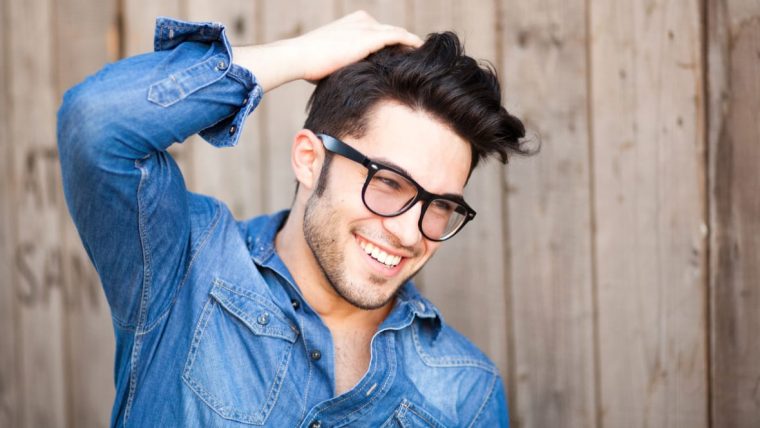 Why hello, my lovelies! How are you, and how was your November? Not too shabby, I hope! Let’s dive right into the final month of 2021 and horoscope for the Sagittarius man, shall we?

The beginning of the month puts the Sagittarius man in a super great mood, as his lucky star bestows money and good looks on him. He will be extra vital, robust, and ready for action, as well as direct in his approach, charming and unassuming. He’ll be the lady magnet, not just a luck magnet, I tell you!

Midmonth is great for the Sagittarius man! He’s enjoying it all – fun, money (whether borrowed or not), and romance! Throw in a short trip, just for good measure. It’s fun all around, and his enthusiasm is contagious, and more good times ahead, so buckle in.

Full Moon will be a catalyst for change for Sagittarius man. He’ll experience profound changes when it comes to himself and his long-term relationships status. It can go either way, but I’m inclined to think that all will end well for him and his heart.

The end of the month and the year puts the Sagittarius man in a very positive and good mood. He might not be the host of his own party, but he will be the best guest at somebody else’s. He’s going to be quite the romantic, and he’ll see to it that his special someone has a great time, too.

The beginning of December finds the Sagittarius man still in a great mood! It’s all eyes on him, considering how the Sun, Moon, and Mercury make hefty conjunction in his first house of self. Neat, right?

Neat indeed! The ruler of his fifth house of art, fun, pleasure, and good sex is in Scorpio in his twelfth house, which means some love affairs are on the horizon. He’s having fun, but it’s hush-hush, okay?

It might not be a very crystal clear moment for his finances, but we’re talking about a Sagittarius man (when are his finances ever in pristine order, hush?). He might even turn it to his advantage, considering how Venus’ dispositor is in Saturn in his third house, where it feels great.

If he did some good deeds back in the day and acquired some positive karma, his finances will be on a roll, actually, and he’ll have more luck with money than brains. But that’s how it usually goes for him, so no worries there.

Jupiter bestows him luck in all intellectual dealings, so his finances will certainly manage to survive through this holiday storm, and that means he’ll be more prone to call you out on dates and to spend time together.

Oh, the mid-month just keeps getting better for the Sagittarius man! Mars just entered his first house, which gave him an extra boost, strength, and libido! The Sun is still there, and Mercury is about to leave his first house, but before leaving, he gives him that extra oomph – and his words manage to hit home and slay his target.

He is romantically active and fully inclined to spend quality time with his partner or love interest! He’s got it, baby; oh, he’s got it! And what’s more, his seventh house is also active! So whatever happens now will have a long-lasting impact on his love life and romance.

I see a short trip in the cards for him, as well. So if he suddenly slides into your DM with a ‘strange’ suggestion for a date, accept it! It’s going to be awesome, and he will far exceed your expectations.

Uranus Rx is making a mess of his daily routines and obligations for some time now, so it’s nothing new on the horizon. But if the two of you may opt for a short trip somewhere, make sure that your car and minor details surrounding the trip are all double-checked.

His second house is also active, and this means overspending or borrowing money. I’m not going to comment on that, but I’ll say that the stars are currently inclined towards him, so he’ll be able to get out of that mess unscathed.

The Full Moon on 19th illuminates his seventh house, and he’ll be very romantically inclined. Of course, the Full Moon energy is always on the high voltage end, sure, but somehow, Sagittarius man can withstand it with dignity and grace this time.

This lunation will have long-lasting effects on his love life and relationship status. He’s struggling due to the North Node and South Node positions, but I am positive that the outcome will turn out well since the South Node is in his own first house, and the North Node resides in his partner’s house.

He’ll be smart about it this time, avoiding any screw-ups. Instead, he’ll find the inner wisdom and courage to remain calm, not freak out, and stay where it’s’ good for him.

What’s more, this lunation will have a positive effect on his money matters. He’ll get more serious about his money, and he’ll take more responsible care with his finances. And that means something for his character development, too.

His health should remain stable if he avoids excessive drinking and tobacco. But he should take a little bit of extra care during these days, because Venus, the ruler of his sixth house of health, is conjuncting Pluto in Capricorn, and this means karma is coming…

So, if he was good to his body, then all will be well; if not, well, there’s a karmic lesson for him in there somewhere.

4. The Good Times Keep On Rollin’

The end of the month and the end of the year will put him in a great and festive mood! Mars, the Moon, Fortuna, and Vesta are all in his sign in his first house, and they make him feel invincible and very alive.

Vesta will cause him to feel even more enthusiastic and romantic, and he’ll go all out when it comes to having a good time, celebrating the New Year, and partying with his people.

I’m quite inclined to think that he won’t be hosting anything, as his finances will take a big, karmic hit (for the time being), so he’ll probably find himself in the role of a guest at somebody else’s party.

He’ll have a great time, and he’ll probably invite his partner or love interest to that party since he’s not only in a festive mood at this time, but he’s also quite the romantic.

The Sagittarius man will put some serious New Year resolutions on his to-do list. If he shares it with his special someone, that’s his way of saying he’s serious about it and all the things he wants to accomplish in the upcoming year. Take this as a good sign!

He should not overdrink or overeat during this time, though. He should practice moderation in all things, except love. A great send-off for 2021 for Sagittarius man, and good things await him in the new 2022.

Read next: 6 Reasons Why A Sagittarius Man Acts Hot and Cold

Well, there you have it, my lovelies. I hope this was enlightening for you. I also hope that you got your confidence boost and a taste of luck from the stars.

Some of these transits are going to feel different for individuals than I have explained here. While generally accurate, these predictions don’t reflect the entire depth of information found within your partner or love interest’s birth chart.