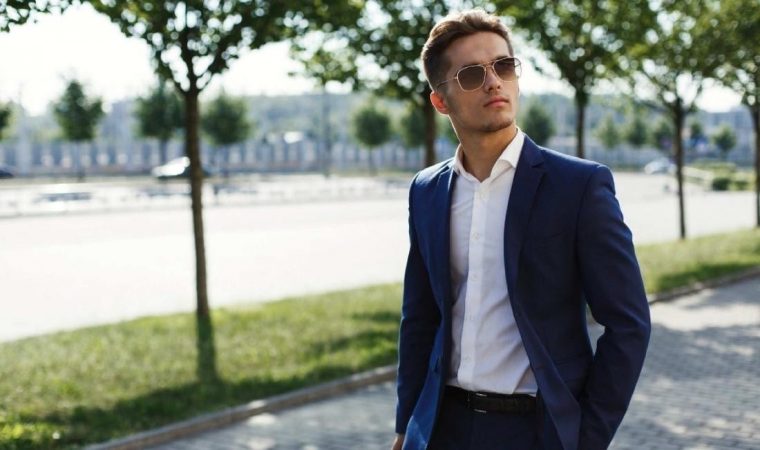 Hello dear reader, how are you? All is well and the new 2022 is treating you as promised, I hope. Are you ready to dive into the horoscope for the most romantic month of the year? I sure hope so, let’s go!

The month of February starts with a financial and physical responsibility on the Sagittarius man’s shoulders. There are pleasant occurrences in his home life, and there’s nothing stopping him from being romantic and enthusiastic… except his finances. The lesson in the first quarter of this month for him is saving money and still finding ways to live a fulfilled daily life.

The 8th of February transits add a new layer on top of his financial lessons thanks to the stellium in his second house. The Sagittarius man’s sixth house is also illuminated, thanks to both the transiting Moon and North Node that moved there from Gemini. There’s a patience-testing task in front of Sagittarius man – learn to live woke or drown in consumerism.

The Full Moon on the 16th challenges his grand ideas and plans for the future with reality. The Sagittarius man still finds his romantic streak despite it all but advised activities include less money spending and more sightseeing. Experience the world around you like before the internet, go out and about, enjoy each other’s company and be creative.

The end of the month holds a lot of opposing energies for the Sagittarius man’s chart. From one side, he’ll act possessive while his animalistic side will rear its head and from the other, he’ll be ecstatic about the smallest of things and he’ll want to make a cheery atmosphere for his loved ones. Sheesh…

1. Get Rich Or Die Trying

The month kicks off with a hefty New Moon conjunct Saturn at the same degree of Aquarius. This happens in Sagittarius man’s third house of short travel and communication, which means that he’ll experience a deepened sense of emotional communication.

This new lunar cycle colored by stern Saturn will force him to mature emotionally and to develop a necessary vocabulary to communicate his deepest desires and feelings.

As Jupiter is now residing in Pisces, this means that some very nice things are waiting for him in his family and home life. If he had struggles with his loved ones in the past, now is the time to reconcile, forgive and forget.

His second house in Capricorn is packed right now, there’s Mars conjunction Fortune, Venus conjunction Vesta and Mercury conjunction Pluto. The dispositor of this whole party is Saturn in strict conjunction with the Moon and the Sun.

This means that he is forced to reevaluate his relationship with his money and his body. If his body image hasn’t been that great of late, he’ll be forced to take the necessary responsibility and work for it.

The same goes for his finances. The Sagittarius man is prone to overspending and spending more than he can earn, or at least faster. This stellium in his second house will force him to slow his roll and check the price tag before he chucks the product into the basket.

Good ideas for dates include all kinds of intellectual and stimulating outings, as long as he doesn’t have to spend a lot of money or gain more weight.

Around the 8th of February, nothing much has changed in the terms of transits, but his sixth house is heavily accentuated at this point in time. So, the lessons with the money-saving and not overspending still stand.

His communication is getting a sarcastic tone thanks to the prolonged conjunction between Saturn and the Sun in his third house, plus Mercury is conjunct Pluto in Capricorn. But the new development is the move of the North Node in Taurus, his sixth house of health and daily routines.

If the previous year was the year of marital and long-lasting love lessons, due to North Node’s stay in Gemini, in his seventh house. And this year’s lessons are tied to his health routines, nutrition, job, relations with coworkers, and his relationship to personal discipline and small things he can do on a day-to-day basis in order to better his life in general.

This ties perfectly to the current lessons of the second house he’s undergoing. Some great dating ideas for this point in time would be a creative dinner cooked at home, hitting the gym, preparing smoothies in advance, distressing through mutual massages, and watching documentaries that address current topics and allow a new dimension of looking at things.

On the 16th of February, there are a lot of new things going on. The Full Moon conjuncts Regulus in the Sagittarius man’s ninth house philosophy and overseas travel, while the Sun is on its last degrees of Aquarius in his third house.

His grandiose plans are being put to the test of reality, and Saturn is checking how serious he is about his ambitions and aspirations for the future, through the money scarcity. He is asked to think first and then jump, not the other way around.

The good thing is that Mercury moved (back) to Aquarius, and although it’s still conjunct Pluto, it gives a necessary breath of fresh air and provides Sagittarius man with some new ideas and solutions to his monetary problems.

Mars conjuncts Venus to the exact same degree as Capricorn, and Mars as ruler of his fifth house of fun and pleasure, is accentuating his romantic aspirations at the moment. This means that he is willing to go out of his way to do things for his love interest or partner, and he is being creative about it since he’s on a budget.

Good ideas for dating at this point in time include spending time (but not money) together, cuddling, taking exciting walks in nearby forests, visiting old castles, mansions and village houses, petting horses, and engaging talks about futuristic ideas and possible scenarios for the Earth.

The end of the month brings some elevated mood in his daily life, as well as a lot of blessings through his family and home life. The Sagittarius man is being blessed with a lot of happiness and laughter in his home during this transit.

The North Node has regressed (Rx) into Gemini once again, meaning that his seventh house is lit up. The dispositor of the North Node Rx is Mercury conjunct the Moon, Juno, and Saturn in Aquarius – his third house. This means that the topics of his marriage, long partnership, and ex-lovers will be active.

Mars, the ruler of his fifth house of sex, pleasure, and positivity, is conjunct Venus to the exact same degree, and they are both conjunct Pluto in Capricorn. Vesta is also in the mix. This means that the Sagittarius man will be possessive of his belongings and that might transfer to his love interest or partner as well.

This is unlike him, and it’s a passing thing, but it has the power to draw out the animalistic side of him (he is, after all, half-horse) so be wary of unlikely behaviors from his side.

At least his libido and passion are at an all-time high, so you might as well enjoy it while it lasts, despite the “side effects.”

His communication will be clear and intelligent during this transit. The Sagittarius’ mind will work faster than usual, and he’ll be able to express his emotional needs in a logical and eloquent way.

Interesting dating ideas for this period in time would include spending time with his family, going to a lake house for an extended weekend, having a picnic near the water, baking cookies, preparing a menu for the coming of spring, and getting hyped for the change of seasons by watching Nat Geo or inspiring documentaries about man and nature.

There you have it, darlings. Interesting, huh? This February promises to be eventful and exciting at the least.

As always, some of these transits are going to feel a little different than what I have explained here. While generally accurate, these predictions don’t reflect the entire depth of information found within your partner or love interest’s birth chart.

Enjoy your month of romance with your Sagittarius man, you both deserve it!