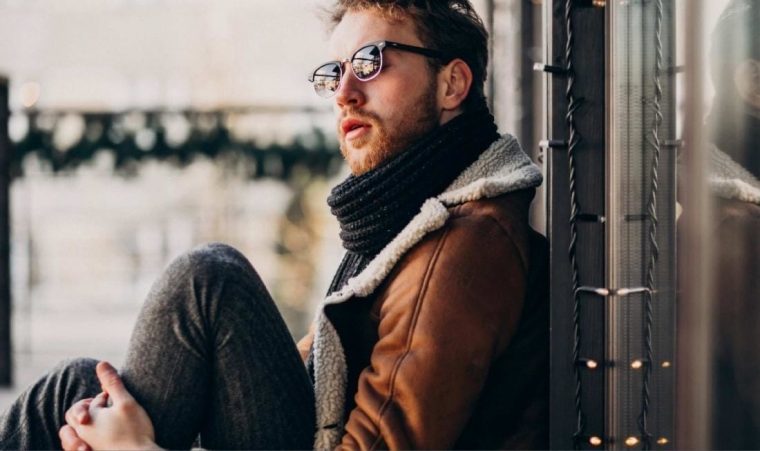 Hello, my dear readers! I hope you’re doing great and that you had a blast during New Year’s. It’s that time of the month again, and we’re reading predictions for the Sagittarius man. Let’s delve right in and see what this January has in store for him.

The New Moon puts the Sagittarius man , a very active and festive mood. Things at home are finally looking up, and he has that extra dose of energy thanks to Mars in his first house. He’s feeling himself, the festive spirit and his lover or partner. He wants to share his good mood with the world and he’s on his way to bring merriment wherever he goes.

The end of the first trimester puts him in a romantic and money-spending mood. Fun and adrenaline-pumping experiences will be in his focus right now, and he’ll want some good company for it all. Be there for him, cheer him on, he’ll remember it for later, and appreciate it.

The Full Moon doesn’t have nice things to say about the Sagittarius man, and his subjective feeling will be as if he’s surrounded by enemies and all eyes are on him. He’ll have a safe haven at home, and that’s where he’ll try to hide out until the storm passes. There may be some possible health complications with his blood vessels and high pressure.

The end of the month allows the Sagittarius man saving grace, and once again he is presented with the opportunity to redeem himself and show off his finer qualities. It’s a good moment for sports events, beach visits and aimless driving with the sunset in the back mirror. Good times that promise an even better month to come next.

1. On The Road Again

The beginning of the month brings long-deserved luck to the Sagittarius man’s fourth house of home and family dealings through Jupiter on the 0th degree of Pisces. What’s more, Mars is residing in Sagittarius, his first house of self, along with the South Node and that brings extra vigor and liveliness to his step.

The Sagittarius man will have a lot of luck with finances, the New Moon conjunct the Sun and Juno says so. As well Venus that is retrograde and Pluto to a prominent degree for money attraction. Mercury has moved to his third house where it feels good and short travels are back in focus for him.

The ruler of his fifth house of romance and fun (Mars) is in his first house, so he will definitely be eager to travel some roads for his loved one, especially if the meetings are arranged online, as the ruler of his seventh house of love (Mercury) is on the 0th degree Aquarius.

There’s a lot of happenings at the beginning of the New Year, and it makes the Sagittarius man quite happy. He likes to be on the move, to explore and discover, even if it’s around his neighborhood.

Good romance activities for this period are short travels, getting into exciting adventures together, even if it’s just grocery shopping or meeting in an unusual place for a coffee date. The Sagittarius man needs his freedom now, and since things at home are finally looking up, he has that extra gist to go around.

Around the 9th of January, the Sagittarius man’s fifth house is on fire, the Moon in Aries is illuminating it strongly and it makes a very nice trine to its dispositor, Mars in Sagittarius. He’ll be extra frisky and kinky around this time.

Good activities for this transit include adrenaline-pumping topics and dates, visiting an amusement park, going on the “dangerous” rides, watching action and horror movies, eating popcorn, and sharing flirty pics and messages.

Both his first and seventh houses are illuminated powerfully, thus his sense of self is humble and his sense for his partner or love interest is strong. He’ll be in the mood to please and bring joy to his loved one.

The money situation is also going to go well for him at this time, retrograde Venus conjuncts the Sun and Juno in his second house of income, and Fortune is conjunct Uranus Rx in his sixth house of work. Some unexpected money will come his way, but as soon as it comes it’ll go away (knowing a Sagittarius man, am I right?). All money is well spent if it’s spent on happiness and joy.

His career is also on the rise, he is being serious about his profession right now and the stars are supporting him. Mercury closes in on Saturn and Aquarius is setting the innovation stage for his career to take off. Good times for the Sagittarius man, no doubt.

3. You Can Never Break Me

The Full Moon makes a hard light on his eighth house and that creates a tense opposition with the Sun conjuncting Pluto in his second. It’s quite possible that he’ll face a sudden outflow of money.

His seventh house is on the impact as well, with Lilith to a difficult degree and the North Node on its last legs, Mercury adds to strife with his retrograde walk through his third house of communications. Quarrels and flirtatious misunderstandings are very active right now, so try and keep your head cool.

The good news comes from his fourth house, he’ll be prone to spending a lot of time at home, cooped up with his family, hiding from the rest of the world and all the bad things that have happened in a very short amount of time.

It’s better for him to stay out of sight and out of mind during this transit. Mars is still in his first house, but it’s conjunct a malefic fixed star from the Scorpio constellation and this brings health problems to his doorstep, as well as a combative manner of speech.

The best activity for this lunation would be leaving him alone and giving him his space to settle down and have some time alone with his thoughts. He’s a warrior, he’ll be back up in no time, but even the best of us need rest from time to time.

4. A Time Of Redemption

After the Full Moon fiasco, the end of the month offers a redemption arc in the Sagittarius man’s life chapter. Mars has moved to Capricorn and his second house where it conjunct both Venus and Vesta. This is very good news for both his finances and his love life.

This means that the “negotiation” and the fooling around phase of dating is over, he’s ready to make some serious moves and get closer to commitment. Nice, well done Sagittarius man, good for you.

His third house of short travel and communications is glowing again, the Sun and Moon are conjunct and they are both being treated kindly by the harsh lord of our solar system, Saturn. This means that he’ll be active again. Out and about, and ready for some trouble.

Although Mercury is still in retrograde, it conjuncts both Pluto and Vertex, and Juno is there with them, too. This means that he will be prone to expressing his deeper feelings as well as fears, about which he doesn’t talk about often.

Good activities for the end of the month include driving around without a set destination, visiting the beach, attending sports events and sharing the euphoria of victory and excitement together.

Read next: 7 Reasons Why Women Fall In Love With A Sagittarius Man

And there you have it, sweeties. The prediction for January is done, hopefully, it’ll give you the answers you were looking for…

Some of these transits are going to feel different for individuals than I have explained here. While generally accurate, these predictions don’t reflect the entire depth of information found within your partner or love interest’s birth chart.

Stay healthy, stay well, and stay sparkling, until next time!