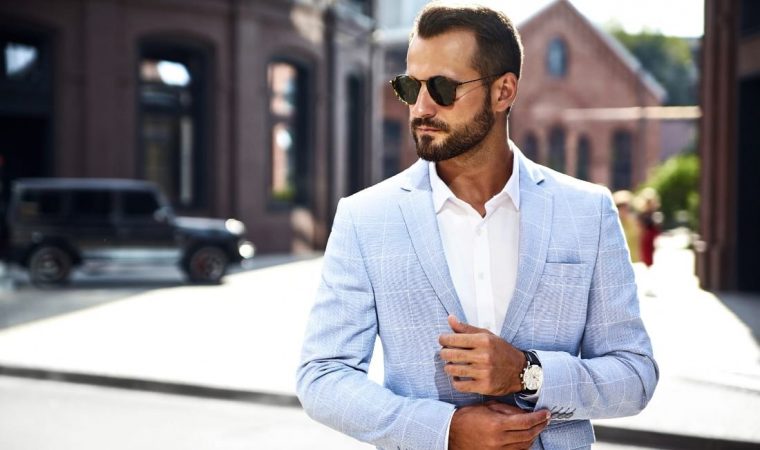 Hello, my dear readers! How are you feeling these days? Set and ready to go I hope, because the July predictions are here, so strap in, and let’s go!

The first week of July puts the Sagittarius man in a positive, adventurous, and sexy mood. Thanks to all the positive and enriching aspects, he is energized and ready for anything that comes his way. He’s also very charming, funny, and flirty during this time, so if you want to take it up a notch – feel free to do so, just make sure to pass it off with a spoon of humor and good fun.

The second week of July might rain on his parade if he’s got money problems, if not, then he’s safe and the only aftermath will be the sleepless nights around the Full Moon. The theme of this week is his health and staying away from sharp objects and electricity, caution in traffic is advised.

The third week of July will put his work and health in focus. He needs to stay calm and cool, and he needs to pay extra attention to his body during this transit. He’ll also be very romantic and mellow, so it’s a great time for one-on-one dates, intimate rides, and sensual playlists that will uplift his mood.

The fourth and final week of July brings forth new beginnings, new travels, and new adventures. It’s a perfect time to spend cozy nights in a tent next to a lake or a river, to have sex on the beach, or stargaze at the top of your car somewhere in the wilderness. Stay sharp and focused when it comes to electricity and pointy objects.

The first week of July puts our favorite jokester in a bomb mood thanks to Jupiter in Aries in his fifth house of fun and pleasure. Not only that, but Venus dwells in his seventh house of love and partnerships, and the Sun and Mercury are shining a positive light on his eighth house of sex and intimacy, wow!

What a great combo and a (kick)start to this summer month for the Sagittarius man. The Moon will light up his ninth, tenth and eleventh houses as well, so that means that your Sagittarius man will be in a great and adventurous mood! Now is a perfect time for all kinds of loving, goofing around, and simply having a great time.

Go out on adventures, go for a ride, go to an amusement park, have a gaming night with his friends, and end the excitement with some steamy pleasure between the sheets. Now is the time to breathe with full lungs and to feel fully alive!

He might experience minor difficulties with his finances or something work-related, but that won’t put a damper on his mighty explorer spirit. No way, the Sagittarius man’s good mood is here to stay, and he’s going to uplift everyone around him.

The second week of July builds up energies that will have to do with monetary issues, finances, and overall other people’s money for the Sagittarius man. We all know that he is not the best money-keeper, nor that his savings account can grow thick.

This is why the Full Moon on the 13th will force your cheerful and jolly Sagittarius man to take a closer look at his finances and his partner’s money (aka your money). If he was a ‘bad boy’ who spent more than he can save (or earn), and if he relied on your money, that will have to end, or your relationship will end.

In that sense, this could be an overwhelming time for him and your relationship in general. But if he’s good with money, and he’s good with your money, then this Full Moon will pass as nothing more than just some sleepless nights that you will know how to fill in.

I Had A Bad Dream…

During the third week of July, the Sagittarius man will be extremely romantically-oriented and he’ll want to spend every waking moment with his love interest or partner. This is a perfect time for candlelit dates and movie nights.

His libido will be very high as well, thanks to Venus moving to Cancer, but he’ll also seek more than just a usual thrill during sex; he’ll want to talk about his emotions and he’ll feel the need to express his deeper feelings that he has.

His health is once again put at the center stage thanks to the Moon’s transit that is activating both Mars and Uranus in his sixth house. This can also mean conflict at work, or a serious falling out with one of his colleagues.

This week is sort of like a filler week, and he’ll be in a more mellow mood than usual. It’s a perfect time to cheer him up (or surprise him) with a nice homemade dessert, or a fun ride that ends with a walk on the beach. Make sure to create an upbeat playlist to lift his mood up and reassure him that everything will be alright.

During the fourth and final week, the Sagittarius man will feel great! All is well again in his world and the New Moon in Leo will only put a crown on it all. This week is a perfect time to discuss your visions for the future and greater philosophies in life, as well as plan a vacation together.

When the New Moon comes around on the 28th, it’ll be a perfect time for a new adventure and a new oversea journey, so mark your calendars for that date in order to start something new, fresh, and amazing with your Sagittarius man.

This week can also be tricky for his health and workspace because of the tight conjunction between Mars, Uranus, and the North Node in Taurus. He should take extra care of his health, avoid live wires (both literally and metaphorically), and he should stay away from handling sharp objects.

It’s a great time for emotional and steamy nights spent next to the water, so camping, hiking, and generally swimming in natural bodies of water can be an amazing experience during this time. All in all, a great month for the Sagittarius man.

Read next: How To Turn A Summer Flirt With A Sagittarius Man Into A Strong Relationship

July will be good for the Sagittarius man. He’ll be in a good mood, especially during the first and the last weeks of July, and he’ll have a lot of romantic moments and adventures that will turn into beautiful memories.

During the second and third weeks of July, his mood might be more mellow and nostalgic, but that’s why you’ll prepare uplifting and cheerful playlists to keep his head above the water.

It’s also a good idea to start meditating together, going to yoga, and doing breathing exercises, in order to balance your Chakras and keep your attitudes positive even when faced with the challenges.

Some of these transits are going to feel different for individuals than I have explained here. While generally accurate, these predictions don’t reflect the entire depth of information found within your partner or love interest’s Birth Chart.