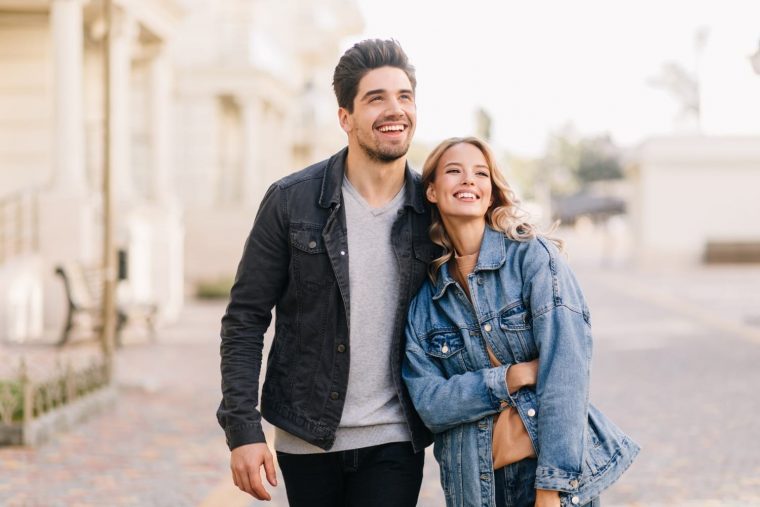 5 Ways To Nurture The Passion With A Sagittarius Man

The freedom-loving Sagittarius is one of the most naturally warm, open, and accepting people that you’ll meet, but sometimes even with him the passion can find a way to leak out of the relationship. But what do you do when the Sagittarius isn’t feeling it like he used to?

Thank goodness Astrology never fails us! I have five foolproof ways to reignite the passion between you and the Sagittarius man, and I don’t think you’re going to be disappointed! Read on to get a taste of how to nurture passion with you and your Sagittarius partner.

5 Ways To Nurture The Passion With A Sagittarius Man 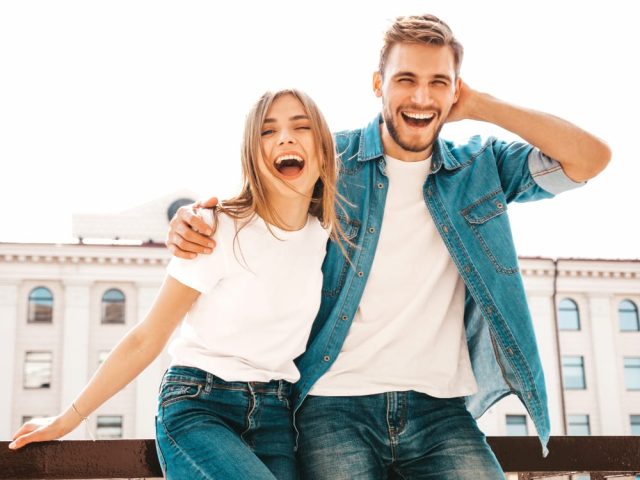 A Sagittarius knows that a little laughter goes a long way! He’s ruled by the mighty Jupiter. You know, the biggest planet in the sky? Yeah, that one! Jupiter is like the celestial Santa Clause, bringing everyone good vibes, jokes, and gifts as he slips the kiddos $20s on his way out the door!

Before you think about getting sexy and passionate, think about making the Sagittarius laugh a little beforehand. This is going to put him right in his element which will make him feel loose and ready to get frisky!

A stressed-out Sag is a rare sight, and he’s not a pleasure to be around – that’s for sure! And he certainly won’t be feeling intimate when he’s not feeling like his normal hilarious self.

Think about cracking some jokes yourself, egging him on until he begins pulling one-liners out of his you-know-where, or simply throw on a stand-up comedy. This is going to put him in a good position to light a fire between the two of you!

2. Be A Little Dangerous

Part of feeling passionate is the feeling of being alive. Part of feeling alive is knowing you could die. And part of dying is living life on the edge!

Sagittarius is the type of guy who doesn’t mind a little shock and awe. He likes danger because of the rush it gives him and the appreciation for being alive once the danger has passed.

In the mind of the Sagittarius, life is far too short for his taste! He wants to feel every feeling and appreciate every moment. Nothing is going to put him in a better position to initiate some sexy times like knowing it might not happen again! 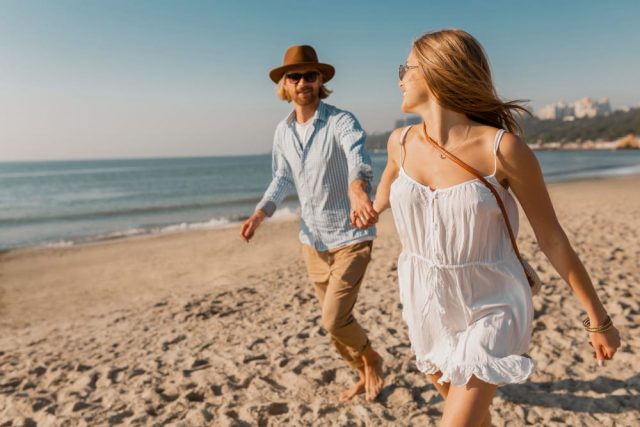 Sagittarius is one of the most daring signs in the Zodiac, and he loves to wander and go where no man (or Centaur) has gone before! He’s a yes man because saying YES to new opportunities is about his favorite thing ever.

So, if you want to light a fire between the two of you, go ahead and live on the edge… of the bed. If you suggest new and interesting ways to spice things up in the bedroom, not only is he likely going to jump in with a big smile on his face, but he’ll feel even more attracted to you than he was before!

In addition, keeping a Sagittarius is very difficult due to their proclivity for finding the next best thing or losing interest. But what if he thinks he can’t find a more adventurous girl than you no matter how far and wide he looks? He’d have no choice but to stay by your side then.

So, prove to him that you’re daring and brave and suggest that you two take things to the next level! He will be all about it and you’ll leave him realizing that the best person for him in the world is right by his side.

Being with a Sagittarius can be hot, steamy, entertaining, and hilarious. Rarely is it ever a cry fest. He’s just not into the deeper, darker side of life. His ruler is Jupiter, planet of optimism, after all!

He is not going to be the type to cling to you, make deep eye contact when you two make love, or to be sad at the prospect of either one of you leaving the relationship. In his mind, no one should be sad ever because there is no bigger waste of time!

This is a hard thing to hear for a lot of the more sentimental signs, but in true Sagittarian fashion, sometimes you gotta tell it like it is.

Sagittarians really just don’t have the time of day to comfort a weepy girl. They’ll go through the motions, but it’s not going to mean much. Sagittarians don’t understand how people don’t have a natural faith that everything will work out like they do!

If you want to keep a Sagittarius interested and invested, then don’t get super sappy all the time. It zaps their energy to comfort a sad person and that’s no mean feat!

If you are a naturally sensitive and emotional person, then I recommend balancing out sharing your intense feelings with some light-hearted humor as well! This is going to keep him energized and invested.

Read next: 10 Things A Sagittarius Man Secretly Loves To Hear From A Woman

This is perhaps the Sagittarian’s biggest turn on! He’s all about being honest and that includes being honest in your thoughts, words, and actions. In his perfect world no one would have to feel judged or like they have to hide who they are and so he encourages and approves of women who are expressive and honest.

Sagittarians are the best types at teaching others how to be their true selves. When he sees a woman totally rocking her true self without a care in the world it gets him hot and bothered like no one would believe! He loves to see people living their truth, especially women who would normally restrain and contain their true nature to appeal to men.

When you’re around your Sagittarius, don’t hold back. Be silly, be angry, express yourself, do whatever is real for you! The moment that you decide to be your legit self, you are the only girl in the room in the eyes of the Sagittarius man.

Are you dating a Sagittarius? What gets his engine running and has him dragging you to the bedroom? Let us know down below in the comments!

Are you wondering if Sagittarius men are your best match for the ultimate love? Take my quiz here to find out if he’s really for you!

And if you are seeking the ultimate guide to attracting, keeping, and understanding a Sagittarius man then you’ve got to check out my own book Sagittarius Man Secrets. You can find it right here. You won’t be disappointed!