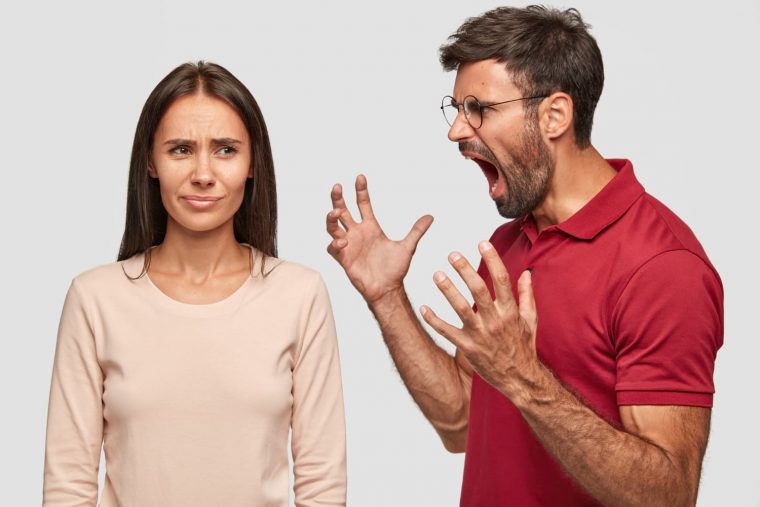 4 Things You Should NEVER Say To A Sagittarius Man

You’d think that the most honest sign of the Zodiac could take a little brutal honesty every now and then, right? *insert Family Feud buzzer noise here* Nope! Not the case.

It turns out that although he can himself be crazy honest with you, there are certain phrases the Sagittarian man will just recoil from. Though he’s not easily offended, if anything could offend him it might be the phrases that I’ve attached here!

The Sagittarius man would love to think that nothing could ever bother him, but I disagree. I’ve seen them get offended at some of these implications before, so I felt it was my duty to let you know before you accidentally set a bomb off inside the Sagittarius man in your life!

Read on for the definitive list of four phrases to never utter to the Sagittarius man.

4 Things You Should NEVER Say To A Sagittarius Man

This one is going to leave the Sagittarius totally clutching his pearls! “Me?? Boring?!” He’ll be totally thrown off because in his mind, he’s the life of the party and about as much fun as there is! This one is going to shake up his perception of himself in a way that he never expected.

Though Sagittarians don’t typically get offended very easily, it’s sure not going to make him feel good to hear this. These guys are huge clowns and jokesters, and they pride themselves on being able to make people laugh and keep them entertained.

Sagittarians are ruled by Jupiter, the planet of games and play. As it turns out, even when they aren’t whipping out the Monopoly board, they are just exuding this fun and care-free persona.

Don’t ever say this one to a Sagittarius unless you really don’t care if he’s around you or not! He isn’t going to subject himself to someone who thinks he’s a bore, so just keep that in mind when you’re pulling a Sagittarius yourself and practicing a little brutal honesty!

This one is really going to hurt their feelings. The Sagittarian is the world traveler of the Zodiac, and he is typically A-okay with everyone from all walks of life (the only people he universally despises are liars!). He is non-judgmental and surprisingly open to all types of people.

Telling a Sagittarius that he’s not open minded is one way to really hurt him. He tries very hard to be understanding of all backgrounds, not mud flinging at things that people have no control over and cannot change. In fact, he is fascinated by the things that make everyone in the world unique! He truly wants to make all types of people feel welcome around him.

Saying this phrase to him is going to hurt his feelings in a big way. He’ll definitely feel like his efforts to show love to all types of people have been thwarted when he hears this phrase. I highly recommend thinking seriously before you tell him about the ways that you think he’s obtuse!

This one is different because the Sagittarius has likely heard this one all the time for his whole life. Sagittarians, even as little kids, have the tendency to drop truth bombs at the most inopportune times. It makes less confrontational signs feel like crawling under a rock and live there forever!

This phrase coming from a partner is going to reinforce what he’s been told his whole life: you’re too loud, you’re too honest, this isn’t the time, not now, etc. He’ll automatically feel less connected to you after you critique him in this way, since he’d really like his relationship to be the place where he can speak his truth without judgment.

If you want him to feel welcome to talking openly with you, I suggest that you choose to praise him for his honesty rather than make him feel bad for it. Let him know that you adore the way he tells the truth no matter what the circumstance. After all, that’s a super-rare trait! He’ll be grateful to hear that you’re appreciative of what makes him awesome. 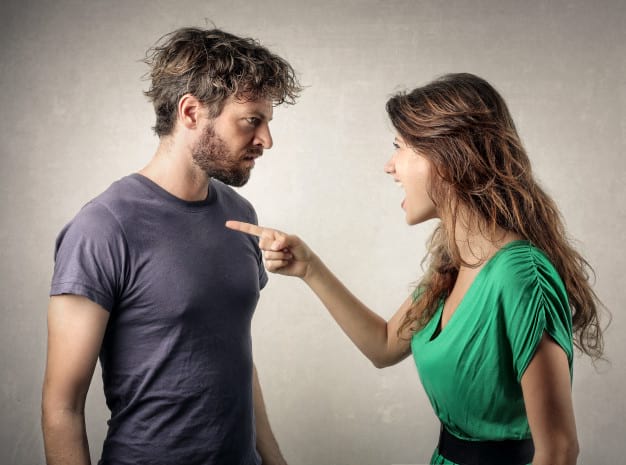 One utterance of this phrase will have the Sagittarian laughing in your face… did you really think you could tell him what to do? You sure were mistaken if you thought anything of the sort! He’s never going to listen to someone who attempts to boss him around. Rather, he’ll likely do the exact opposite just to prove to you that he can’t be controlled.

This is not a phrase to say truthfully. If you really want the Sagittarius guy to do what you ask, this is not the way to go about it since he’ll likely rebel and do the opposite. However, if you are willing to take a gamble and see if you can reverse psychology him with it, then I think it could work.

For example, if he’s being his Sagittarian self and rebelling from going to work (for the fourth day this month) then directing him to stay home with you will immediately get him thinking: “Man, I guess I should go to work!” See what I did there? He’ll totally act out the opposite of what you command of him.

Read next: Sagittarius Man Personality Facts: What Is He Really Like?

The Sagittarius guy doesn’t have the biggest ego in the Zodiac, but when it comes to what people say to him, he has a few lines that he won’t want crossed. Don’t insult his character, tone him down, or tell him he’s a snooze.

I advise that you don’t push these boundaries because his typical happy go lucky nature will feel like it’s getting rained all over. He won’t appreciate you telling him who he is or what he should do. Limits just aren’t his thing. He sets his own limits and as far as he’s concerned, he has none!

One pro tip is that rebellious Sagittarius can be cajoled into doing what you want by making him believe you actually want the total opposite of him! This is a total lifesaver because as anyone whose been with a Sagittarius knows, directing them to do anything is much like herding a cat! This is one Sagittarius hack that you can thank me later for.

Have you ever told a Sagittarius an inconvenient truth about himself? How did he react? Let me know down in the comments!

Want to know if you’re spiritually aligned towards a Sagittarius partner? Take my quiz here to find out!

And if you want to find out all the ways there are to attract a Sagittarius man to you, grab my book Sagittarius Man Secrets here!