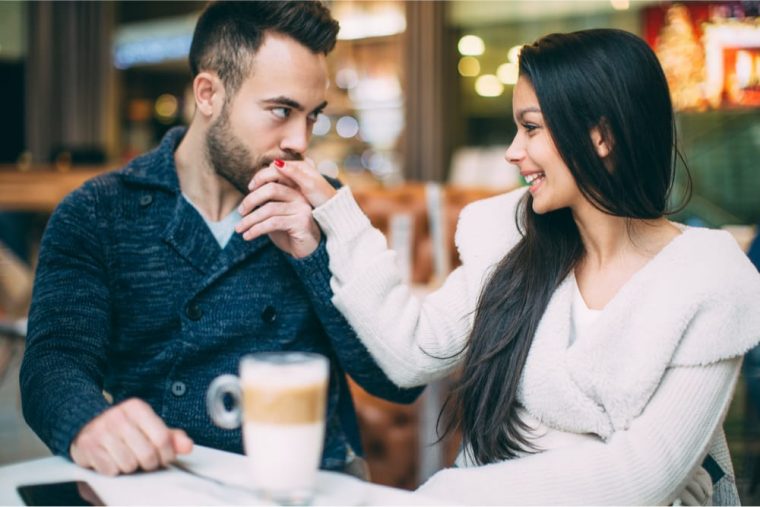 Why would a Sagittarius man ever come back to someone he’s parted ways with before? Normally he doesn’t but there is that one that he may change his mind about like a yo-yo. Keep reading to find out why a Sagittarius man keeps coming back.

What does the Sagittarius man look for in a partner? That may be a good place to start. If he keeps coming back to you it may be because you fit the criteria of what he thinks he needs or wants.

Normally the Sagittarius man wants someone who inspires him and helps keep him optimistic when he’s not feeling quite himself. If you’re someone who inspired him on a frequent basis or provided him with positivity, this may be why he’s still drawn to you.

If the connection was strong between the two of you then that would be another reason he would consider coming back. This is particularly true if he’s gone out and dated others and couldn’t find that connection he had with you.

Clearly if he felt positive when he was with you, confident, and fulfilled then these are all reasons he’d want to be close to you again. If the sexual relationship was particularly hot then he’d be drawn in to have intimacy with you again as well.

Just keep in mind; this is not a common occurrence. Typically when a Sagittarius decides it’s over, he tends to stick with that assessment and doesn’t look back. However, if someone truly intrigues him, he may want to give it another chance.

Sometimes a Sagittarius gets so excited about someone he will dive head first into a relationship. He won’t take time and learn who that person is and then when things get really serious, he may panic.

He may think of things that he should have thought of before and now it’s making him feel pressured, uncomfortable, or he regrets having dove straight in. He will think about things that may not even make sense.

He could very well be searching for excuses why this relationship won’t work because he’s afraid things will go sideways. He will choose to pin point something and then break up due to that even if it’s not something major.

Fear of commitment may come up and he may then want to exit the relationship. Perhaps later on down the line, he thinks things over and then figures out he’s ready now and so he is able to come back around.

If you’re managed to stay friends with him after the breakup, this will also prompt a possible second chance. Sagittarius has no trouble staying friends with ex’s. He won’t go back to the majority of them, however.

That being said, if he’s sniffing around your back door, it’s because you were something really special to him and he feels comfortable with you. He is seeking out familiar territory that provides him with what he needs.

Walls Up, Walls Down

Sagittarius doesn’t typically build walls unless he was severely hurt in a relationship before. This could cause him to be cautious and somewhat commitment phobic.

This is where people peg the archer as being afraid or unwilling to commit. It’s not really true though that he doesn’t want it. He does as he wants “the one” just like most other people.

If he’s been really wounded with his heart, yes, he will be less apt to want to get into a relationship and it takes time to get him to take down his walls. He’s optimistic but he may still have harboring fears.

These harboring fears will cause him to get his toes wet then retract his feet from the water. If it ends, he will feel bad but he’ll think that maybe it was for the best. However, later he realizes that it was a mistake to let the person go.

If you’re the person he let go of then he may very well come back and try to patch things up. Remaining friends is typically the best thing to do with a Sagittarius man. Upon figuring out his mistake, he’ll be keen to find a solution.

The positive Sagittarius man will review all the positive things that happened between you two and try to reconcile why the break up even occurred in the first place. If it was stupid or small, he wants to work through it.

Read next: Signs Sagittarius Man Loves You – Figure It out Fast

There is also the Sagittarius that really enjoys spending time with you and having fun so he keeps coming back around until it starts getting serious then he bails. This would be the archer that IS not willing to commit.

Again, this may be due to his past or he may have decided that he won’t settle down for X amount of years. Whatever his choice is, he comes in, plays, and then runs off again.

If this happens to you more than once then it’s probably a good red flag for you to realize he’s not going to commit and you should probably not allow him to come back unless he can promise 100% commitment.

You’ll have to decide which is which so that you can figure out if you want to give him another chance or if you want to turn him away and tell him to keep looking. You always need to do what is best for you.

Ultimately no one knows what is best for you better than you. Trust your gut, stick to it, and do what you know you should do. While it may hurt to let your Sagittarius go, if he doesn’t have your best at interest then he’s not worth your time or efforts. Click here for more details on him!

Do you have a Sagittarius man that keeps coming back? What do you do about it? Tell me your tactics!

How To Become A Priority For Your Sagittarius Man

5 Real Ways To Get A Sagittarius Man To Chase You