Sagittarius men are the kings of mixed signals – one minute they are all over you and the next a Sagittarius man is acting distant and pulling away. This will drive any woman crazy!

The hot and coldness of a Sagittarius man can be really heartbreaking. You might have noticed him changing his behavior towards you. Why is your Sagittarius man distant? Is it something you did wrong?

Interested in finding out what to do when a Sagittarius man is acting distant? Then keep reading to get all the helpful advice to make him run back into your arms where he belongs.

Is It Something You’ve Done?

If you notice that your Sagittarius man is distant or pulled back from you, then it’s time for you to look at how you’ve been with him. Have you tried to control him in any way? Have you taken away his freedom?

Have you been clingy or acting needy with him? These are all things that would turn him off and make him feel as though you’re not the right one for him. He won’t accept any of these behaviors.

He can be forgiving to some of it sometimes, but if it keeps happening, he will start his own mourning process in letting you go slowly. Watch out because if he gets to that point, you may have a hard time winning his attention back.

If you’ve stopped doing thrilling things with him and have become more home-bound, he will lose interest in you. He wants a woman who will keep up with him and always keep the fun flowing.

He cannot stand people who are a “stick in the mud.” He isn’t a boring person and really doesn’t like other people who are boring. He’d rather move on and find a better relationship or be alone.

If you are doing any of these things or have without really realizing it, you can try your best to reverse it. Quickly find some exciting and fun things to do with him to get him to re-engage in the relationship.

Remind him of who you were when you two got together and that you just forgot who you were for awhile but you’re ready to be you again as long as he’s still up for making it work.

Why Do Sagittarius Men Act Cold And Distant?

Sagittarius men are extremely complicated. The way they live their life wanting freedom and independence can actually be quite isolating for them. They want a connection with women, but they’re also afraid of feeling caged.

This is why often in relationships; Sagittarius men will become distant and closed off. It is because they feel their independence and freedom are being taken away from them by being in a relationship.

This is extremely difficult for them and something they have to constantly fight within themselves. This isn’t a sign that is fond of sacrifices and compromise and this is why they struggle to settle down. These men usually only become calmer with age.

The last thing you should do is blame yourself for the way he behaves. This is just his nature and the best thing you can do is just let him be free so that he can see that you don’t want to control him in any way.

What To Do When A Sagittarius Man Is Distant

There are certain scenarios that may play out and it’s important for you to know how to deal with each of them.

In the event that your Sagittarius man stops texting you or has backed off substantially, you might want to take a step back and stop reaching out to him. There is a reason he is silent and the last thing you want to do is push him away even further by blowing up his phone. Keep things chilled and don’t let it bother you and you’ll see that he’ll quickly reappear again.

He doesn’t like clingy behavior and contacting him constantly via the phone will start to wear on him, thus, causing him to back off. Be aware and pull yourself back a bit so he can have personal time and space to himself.

Give him space & make yourself happy first!

The most important thing you can do for yourself as well as your Sagittarius man is just to live authentically and make yourself happy. This is all he actually wants for you. He doesn’t want you people-pleasing and putting him on a pedestal. Make yourself happy before you make him happy.

If he cheats on you, you have to decide first if you will even forgive him. If he does it though, it’s because he’s unhappy in the relationship. Do you want to fix it and make things good again or do you want to let him go?

It can be very difficult to deal with a partner who has cheated. Talk to him sincerely and see how he responds. If he cannot be honest and cannot look you straight in the eye, then he’s avoiding you and it’s a sign you should just let him go.

When he treats you differently in a way that is uncomfortable, you will have to figure out what is best for you. If he is ever dishonest or disrespectful, these are unacceptable behaviors.

The thing is, Sagittarius is normally brutally truthful unless he knows it’s something that will hurt you badly then he tries to mask it, hide it, or lie. Doing these things indicates he’s not happy in the relationship.

If he loses respect for you then it’s time you put your foot down and show him where the door is. Have respect for yourself and don’t let any man treat you this way.

In the event that you do catch him in what you believe is a lie, call him on it. He should open up and tell you what the truth is and why. There is still a chance to work through it but he has to want it. Ask him if he does.

Read next: Sagittarius Man in a Relationship: What Can You Expect? 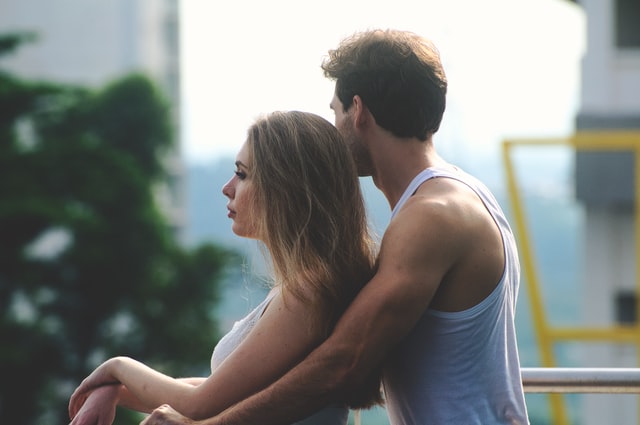 What Not To Do When Sagittarius Man Acts Distant

Sagittarius man isn’t the one you want to ignore thinking he’ll chase you. There is a chance he might but there is also a larger chance he’ll lose interest and find someone else. He may chase in the beginning but not after he’s pulled back.

If he’s ignoring you, giving him the silent treatment isn’t likely to work in your favor. He’s more likely to just let you go and find someone else who seems to be far more exciting for his life.

If you’re thinking you can just pay him retribution, you may be making a huge mistake you won’t be able to take back. If he’s pulling back, you really have to look at the origins.

Look over your own behavior as I mentioned and see if there is something you’ve been doing even subconsciously. Perhaps it’s something you can correct and get him to come back around.

If it’s nothing you’ve done and yet he’s still distant or creating space between you then you have to look at the other possibilities. If you know any red flags of what to look for when someone lies or cheats, you should pay attention to him.

It’s alright to give him some space sometimes. Giving him space with texts, phone calls, etc is alright as long as you don’t cut him off entirely. If you do, he’ll think you’re done and so he’ll follow suit.

There is truly only one way you can act when you have involved yourself with a Sagittarius man and that is to simply accept that this is a man who doesn’t care to be tamed. There is no controlling him. If he wants to come back, he will. If he doesn’t, he won’t. It is as simple as that.

He needs his freedom and he needs you to accept this about him. All he is doing is being himself and acting authentically and for a Sagittarius man, this is more worth to him than actual gold.

He needs to be with someone who can accept that he has to live the life of a man with freedom or else he will feel stifled and this would be even worse for your relationship.

You need to have a serious think with yourself and truly question whether you would be happy in a relationship like this. Just remember that you always have a choice in the matter and if you are feeling overwhelmed with your love for him, yet unsatisfied, then he might not be the man for you.

Check this out for more on your Sagittarius Man <—.

Making a Sagittarius man fall in love with you isn’t so easy, because he is such an independent guy.

He is a straightforward man who loves a wild woman in the bedroom.

He makes you feel like the most amazing woman in the world and his positivity gives you all the confidence you need.

There is so much to uncover when you make your Sagittarius man run away.

You are sure that you didn’t do something wrong!

And when you ask him, he says it is nothing…

He is pulling away, and you know it!

However, you need to be ready to commit to this change because once it has been made, then there is no going back.

< — Click here to find out more on how to get the most amazing relationship with your Sagittarius man .

2 thoughts on “Sagittarius Man Acting Distant? – What To Do When He Pulls Away”