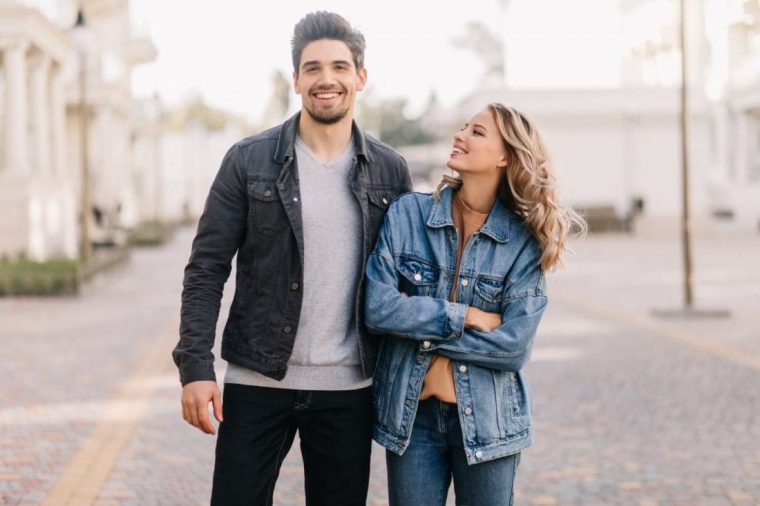 What are some of the signs that a Sagittarius man is falling in love with you? This is one of the hardest Zodiac signs to get to commit, and he tends to easily confuse infatuation with love. So, here’s how to know that it’s the real deal:

Let’s face it ladies – Sagittarius men don’t always have the best reputation when it comes to commitment. The signs a Sagittarius man is falling for you aren’t always easy to recognize. However, there are those who, from what we hear through our friends and online, can and will go the relationship distance.

However, it’s always a bit tricky to tell at the beginning of any relationship – particularly a relationship with this enthusiastic and sometimes impulsive fire sign – if he’s really falling in love. His lust looks a lot like love, and you have to protect yourself by knowing what some of the signs are!

Another tip is to give it time. If a Sagittarius guy is really into you, he will keep showing that enthusiasm most days, with that fiery passion of his never really dying.

The truth is, when a Sagittarius man loves you, he does have the capability of committing to the right woman – the woman who lets his spirit be free, the woman who is eager to grow with him. This will lead to him falling deeply in love with you, and these are a few of the signs to look out for:

The number one sign that a Sagittarius guy is falling in love with you is that he’s actually committing to you. What does that look like? Well, it’s him agreeing to be exclusive, for example. Or asking you to be his girlfriend, as cliché as that sounds!

It also looks like him moving in with you (a huge step for a Sagittarius guy), or even talking about marriage (one day!). A Sagittarius man doesn’t give up his freedom for just anyone – he’s got to be falling deeply in love with you.

So, let this be the first sign of a real, long-lasting, deep love!

2. He Wants To Take You On His Adventures 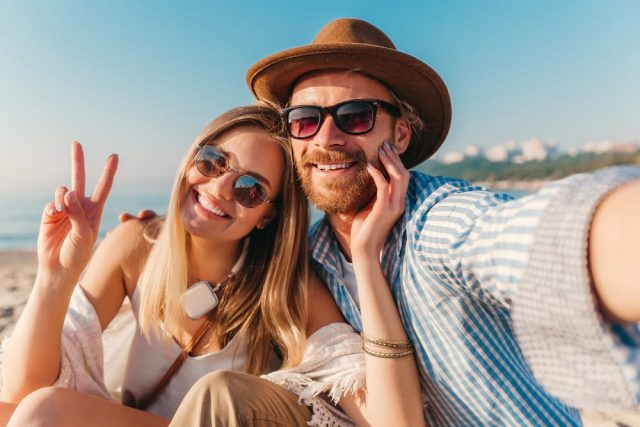 Sagittarius men live for adventure! What gets their blood truly roaring is the ability to travel the world, see new places and do new things! This will never, ever change for him, so he will always need a partner who either supports him or comes with!

If you find that he’s inviting you on his adventures, whether it’s buying tickets for a local festival, or suggesting you both travel together to somewhere new, it’s a sign he’s falling in love with you. He sees you as the person he wants to experience these things with, and that’s a very, very good thing!

Don’t hesitate to join him – it will create a powerful bond unlike any other you’ve ever experienced!

When a Sagittarius man really cares for you and is falling for you – he will fight for you. He won’t just ignore it when things are going downhill. He’ll stand up and want to give your relationship a fighting chance!

He’ll also fight with you, as strange as that may sound! Remember, ladies, this is a fire sign you are dealing with, and so he may sometimes express that he’s comfortable with you by arguing with you from time to time.

He wants to be with a woman who doesn’t feel intimidated by his direct, fiery honesty, and sometimes brash behavior. When he sees that you can stand up for yourself, it’ll give him that much more reason to love you! 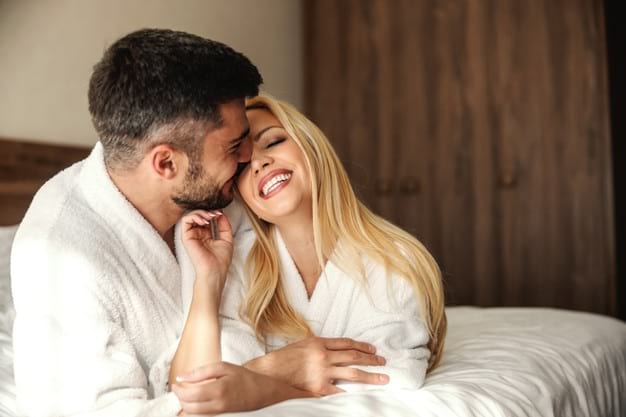 The truth is, Sagittarius men are pretty wild when it comes to the bedroom. They can be “players” who sow their wild oats for many a year! They treat the sexual connection as fun and can be fickle in that way.

However, when the Sagittarius man is falling in love with you, it’s more than just physical love. He wants to hold you, cuddle you, and show you affection. He wants to hang out with you, sometimes even platonically (though not often!).

Keep a close eye on other expressions of physical love – it’s a sure indication that he wants something more.

5. He Keeps His Promises To You

Sagittarius men can be very fickle. One day they’re hot, and the next, ice cold. He may show up late, or not turn up for someone who he is not falling in love with.

This is his way of letting you know you are important to him, and that he respects you, which is a huge step up from a woman he’s just casual about!

6. He’s Eager To Grow With You 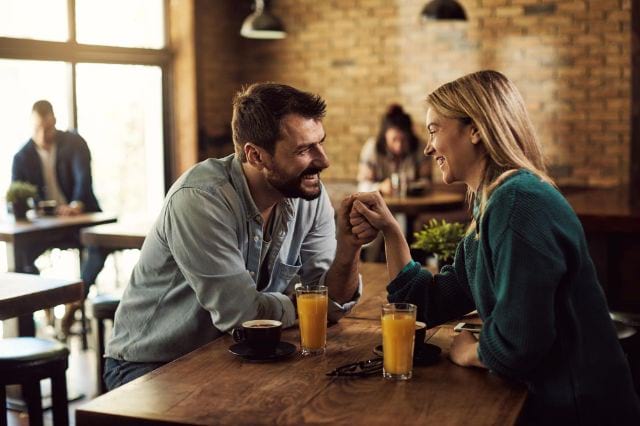 Growth is a number one priority for the Sagittarius man. If the person he’s with is someone who’s just going to stay within their comfort zones, then it’s very likely that things aren’t going to work out well.

But, if he sees you are open to growth, he’s definitely going to love you! Notice if he’s offering you opportunities for growth, such as trying out new experiences, or going on big adventures together.

Sometimes, that growth might also look like spiritual growth, where he wants to have someone who’s willing to break past rigid belief systems at his side. So, be on the lookout for invites to yoga classes, plant medicine journeys, or a seminar on past lives.

7. He’s Obviously Passionate About You And Shows It

Honestly, ladies, if a Sagittarius man is falling for you, you will see it. This isn’t a man who hides his feelings beneath a veneer of game-playing! Sagittarius is well-known for being one of the brashest, most upfront, and direct signs out there.

He will show you he loves you through his actions. He’ll tell you, express his heart to you and be direct with you. He will say that he wants to spend his life with you, or is falling in love with you – he won’t be able to stop himself from expressing his feelings!

The greatest sign that he’s not in love is when he doesn’t show or tell you when he ignores you. If he’s falling in love, he’ll be right at your door, eager to experience some crazy new adventure with you.

Sagittarius men are a fickle bunch and it isn’t always easy to know what this man is thinking. He isn’t the type of guy to just fall for anyone because his freedom is so important to him that he definitely holds it sacred in his life.

However, when a Sagittarius man does fall for the right woman, he falls hard and fast. He is an all-or-nothing type of guy. There is no in-between for him. He loves the excitement and exhilaration of putting his heart on the line, but only if it is for the woman who ticks all of his boxes.

You will definitely know if a Sagittarius man is falling in love with you if he commits to you without question and wants you by his side on all of his adventures. He can be fickle, but if a Sagittarius man keeps his word to you, then rest easy in knowing that you are the one.

When a Sagittarius man invests in a woman, it is really a big deal because he hates wasting his time on nothing. But if he shows that he is eager to grow with you whilst maintaining the passion and the physical side of the relationship, then it is safe to say that the Sagittarius man is in love with you.

Read next: 4 Mistakes To Avoid When Texting A Sagittarius Man

In conclusion, Sagittarius men are hard to pin down but they are very direct, so you always know where you stand! This man will show you his love by being honest with you, committing to you, and letting you become part of his growth-filled, adventurous life.

He won’t be able to keep his hands off you and will be the type of guy who is both affectionate as well as attracted to you. He’ll be enthusiastic about your relationship and will show up, time and item again, in the most consistent way that he can!

Making a Sagittarius man fall in love with you isn’t so easy because he is such an independent guy.

He is a straightforward guy who loves a wild woman in the bedroom.

He makes you feel like the most amazing woman in the world and his positivity gives you all the confidence you need.

There is so much to uncover when you make your Sagittarius man run away.

You are sure that you didn’t do something wrong!

And when you ask him, he says it is nothing.

He is pulling away, and you know it…

You love him with all your heart and you want to fix what is broken.

However, you need to be ready to commit to this change because once it has been made, then there is no going back…