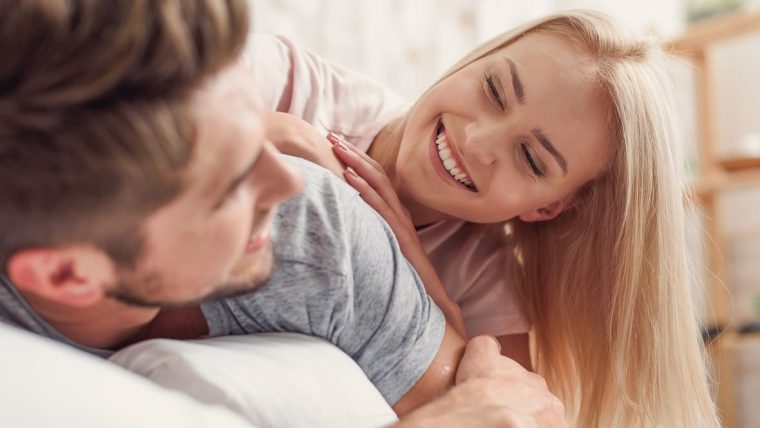 How to Make a Sagittarius Man Jealous Without Busting a Sweat

There are some easy methods you can use to really get the Sagittarius man bothered with jealousy. Perhaps you should keep reading to learn a bit more on how to make a Sagittarius man jealous and with so little effort.  It may help you to achieve your goal quickly!

In order for a Sagittarius man to ever feel jealous, he must feel as though his life is threatened. He has to feel a bit insecure and uncertain about what is going on with his relationship.

When he’s confident in who he is with and what he has then it’s hard to make him jealous. He does have lines that shouldn’t be crossed though just like anyone else really.

The other thing is, if you ever cheat on him, he will dump you end of story. He won’t give you the opportunity to ever do it again. That’s the same deal with burning him in any other way.

He’s one that doesn’t like manipulative people, cheaters, or liars. He will walk away fairly quickly if you posses any of these traits no matter who you try to cozy up with in front of him.

Sagittarius man will be of the mind frame of “good, go ahead and take her so I can move on” so this won’t be the right method for you to obtain his affections back. Honesty is the best thing you can do with this guy.

Jealousy is Difficult for Sagittarius Man but not Impossible

Sagittarius man isn’t interested in head games in the least. Trying to purposefully make him jealous will make him feel you’re trying to play games with him and this could cause him to break it off with you.

It’s pretty rare but if you’ve got a Sagittarius man who is a bit insecure due to past relationships failing, he will not tolerate you trying to make him jealous. He’ll see that as a mistake on your part and will walk away.

In the case you ever do actually successfully make him jealous, he’ll question your integrity from there on out. He’ll keep watching your every move and become the best private investigator you’ve ever seen.

To achieve it though, you’ll have to find his insecure spot and hit it up. Flirt with other men via social media, act like you keep checking your phone, and give him less attention. That’s the fastest way to make him jealous. It’s risky though.

It’s actually a far better option for you to just tell your Sagittarius man how you feel and what you want than it is to play the jealousy game. If you need more attention or affection from him, ask him for it.

He’d rather know what is going on and what you need than for you to do something that insults his intelligence and makes him feel as though you’re willing to gamble his love away.

Be truthful, be honest, and be yourself. Don’t bother with trying to flirt with other guys or try to make them flirt with you around him. He won’t like it and he’ll see it as a game which isn’t looking good for you.

He expects to be able to trust that you’re loyal and not interested in anyone else. He’ll give you that same respect as long as communication stays open. Be sure to always talk to him about how you feel and whatever your needs are if you want more from him.

May Not Be Worth the Gamble

You really should never try to piss a Sagittarius man off via jealousy otherwise he will never trust you again and the relationship will crumble. Either it will be very quickly because he won’t tolerate it or it will be over time.

He may try to work past it and forgive you but he’ll then always be suspicious about whether or not you’ll do it again. Once a Sagittarius man’s view of you is tarnished, it’s almost impossible to go back to how it was.

There are many men that will pick things up a notch if they are made jealous. Sagittarius isn’t one of them. He will feel more of an urge to break it off with you than anything else.

Be very careful how you handle the archer. He isn’t one you want to mess with to be totally honest. It’s so much better for you to try to do your best to describe your needs in the relationship.

There is no harm in asking for what you want. He’d rather you do that anyway than the alternative. The alternative will make him never trust you again. Is it a risk you want to take?

While you’re just trying to get him to realize what he could lose or be more physical with you, it will do the opposite.

Read next: Signs a Sagittarius Man Is Interested in another Woman

What About When He’s Jealous Unprovoked?

It’s a pretty rare circumstance but if he’s been through some tough relationships in the past where he was burned, he will have a hard time trusting which may mean he’s suspicious of every woman he dates.

That being said, he could come off as jealous when he asks you questions about who you are talking to, who you are social networking with, and why you clicked like on someone’s posts.

He will ask you lots of questions and you may find it rather irritating. Just tell him what you’re doing with utmost honesty. Whether or not he likes the answer, he will respect that you told the truth.

Have you already tried to make a Sagittarius man jealous? Tell me more!