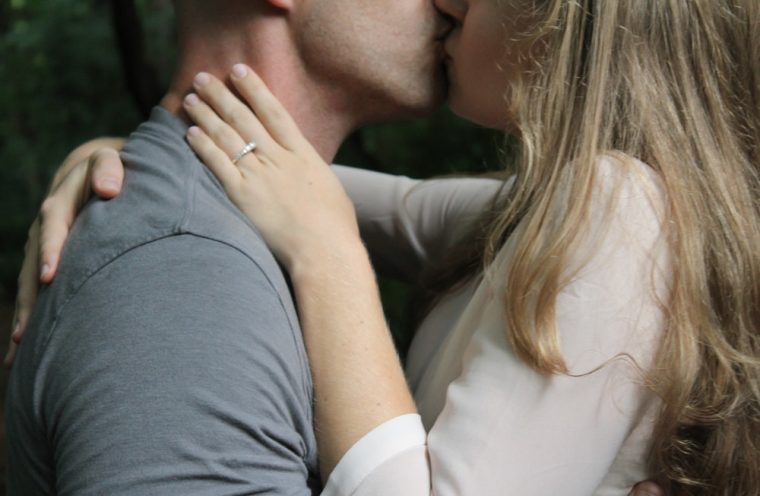 What can you do to get the adventuresome and sexy Sagittarius man to really connect with you and take the next step? It’s not as hard as you would think actually. If you’d like to know how to get a Sagittarius man to commit, keep reading and learn some neat tips.

The Sagittarius man is ruled by Jupiter and also rules the 9th house of the birth chart. That means that he’s the ruler of travel, excitement, and movement. Jupiter is the lucky planet that makes things happen.

Sounds just like the Sagittarius man doesn’t it? Jupiter is a motivation planet that is full of optimism. It’s very fitting of who the Sagittarius guy is. Now that you know that, you have some tools to use to get the man to love you.

His sign is mutable which means he’s highly adaptive and loves changes as well as spontaneity. This is what makes him live for the day and live as though every single day may be his last.

It also makes him appreciate variety and experiencing lots of different things in his life. Sometimes this includes dating around and having fun with friends including “friends with benefits”.

He’s open remember? That means he’s open to love, he’s open to commitment, and he’s open to what life may bring his way. This is what many people don’t understand about this sign.

They think he’s too much of a free spirit to ever settle down with one person. That’s not exactly what it’s like though. He would love to find the right person to be with the rest of his days.

What he wants though, is someone who will live life with him full of adventure and spontaneous trips to wherever life takes them. That means that there is a right woman out there for him. Are you her? 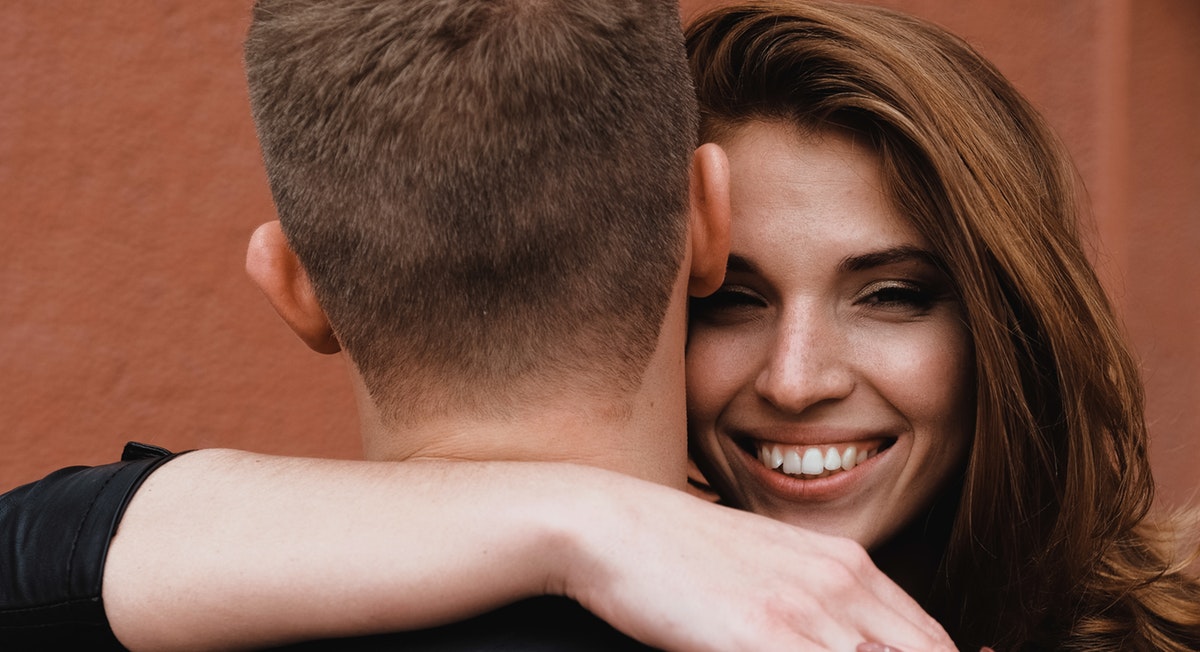 The last thing he would ever want is a partner trying to force him to stay home all the time, not have adventures, and not be able to travel. He doesn’t want to be told what to do or when.

He wants a partner who is free like he is. Trust is a HUGE factor in whether a Sagittarius man will commit or not. You will have to prove to him that you’re willing to be with him but without constraint.

You have to trust him in knowing he’s not going to leave you for someone else nor will he cheat. If you don’t have that faith in him then there is no hope for a relationship. He won’t stay with you long if you accuse him of things.

If you have something to say though, say it! Don’t try to conceal your feelings or lie to him EVER. He won’t tolerate it. Be careful not to ever insult him either as far as what his beliefs are or he will rain fire on you.

What he believes is very important to him and he’s probably not up for compromise in that department. Be open to him and know you cannot change him. If he senses you trying to change him, he will definitely take off.

In a Sagittarius man’s mind, the one for him is going to be somewhat of an active woman who is a bit of a tom boy type. He wants someone who will go outdoors and do fun activities.

Understand his need for freedom and let him have it. I’m not saying that you shouldn’t make plans or make dates for the two of you but I am saying, if he wants to do something alone, let him.

You basically have to prove that you’re not going to be someone that will make him feel imprisoned if he does commit to you. If he senses that you will then he will not give you his heart. Keep that in mind.

If you’re not the type of woman who handles change easily, doesn’t like to travel or have adventures, and doesn’t like that he takes off often then he may not be the right guy for you.

Don’t commit to him unless you’re sure that you can handle the change and flow of this guy’s life. Don’t ever be needy or clingy either or he’ll bail out. He wants a woman who is independent and doesn’t need him. Read next: Dating a Sagittarius man

He wants a woman to be optimistic and inspiring when it comes to life. If you can be a positive driving force that allows him to have his personal space or time then you just may be who he is looking for.

3. Be In The Moment With Him

One of the best, and might I say worst aspects about a Sagittarius man is his ability to be present in every moment. It is the best because he will never be expectant of anything and he just goes with the flow.

However, this can get hard when he can never think ahead or make promises for the future. A terrifying aspect for most women who want love and commitment. This is a difficult man to fall for, especially if you’re a woman who is looking for a stable lifestyle.

However, if you yourself have an adventurous spirit then being with a Sagittarius man might not be such a bad idea. He might be the one man who understands the wildness living inside of you and instead of trying to tame you, he’ll be the one guy who will embrace this about you.

If you want a Sagittarius man to commit to you, then you are going to have to be okay with going with the flow and not having too many expectations of him. As soon as you give him rules, he is going to want to rebel and run away.

Give him all the freedom he needs, and without question, he will always run back to you. You need to understand that a relationship with a Sagittarius man is always going to have to be an unconventional one. If you can accept this about him, then you will be happy.

All a Sagittarius man truly needs in his life to be happy is spontaneity. There is something about living on the edge of his seat that gives him tremendous fulfilment in his life. He loves having no plans and letting life just unfold naturally and on a whim.

A Sagittarius man deeply desires a woman by his side who isn’t afraid of this kind of lifestyle. A woman who will allow him the greatest freedom in the world, because if she does, he’ll always come back to her.

Think to yourself, are you the type of woman who needs structure and routine to feel secure? Or are you a bit of a daredevil who likes to live life as it comes as this tends to be more exciting? If the latter is true, then being with a Sagittarius man will come easily to you.

However, if you are the other option, then you might want to rethink your attraction to your Sagittarius man and if he would actually be good for YOU in the long term. His unpredictable lifestyle might be a bit too much for you to handle.

That being said, if you want to get out of your comfort zone, then being with a Sagittarius man might be the best option for you. He will test you and push your boundaries, but you will definitely never be the same again.
If you show your Sagittarius man your willingness to be open and to explore further than what you already know then the chances are good that he will be more inclined to want to commit to you.

5. Have Patience And Give It Time

Although a Sagittarius man lives his life at a rapid speed, he is in no hurry to settle down and form a long-term relationship. He has so much he wants to achieve, and being in a relationship isn’t always at the top of his priorities.

The best thing you can do if you find yourself in this situation with a Sagittarius man is to show him your patience and that you are in no rush to want to make him settle down. He needs to come to this conclusion on his own.

It is definitely best when a Sagittarius man chooses to be with someone without any coercion from her side because he absolutely hates feeling manipulated into doing anything. A Sagittarius man needs to make up his own ideas for them to truly work.

So if you’re itching to get into a relationship with a Sagittarius man, then I would suggest taking a deep breath and giving him all the patience he needs. If he feels like he is under pressure, then he is never going to make the move to want to be with you.

In conclusion, Sagittarius men are hard to pin down but very direct, so you always know where you stand! This man will show you his love by being honest with you, committing to you, and letting you become part of his growth-filled, adventurous life.

He won’t be able to keep his hands off you, and will be the type of guy who is both affectionate as well as attracted to you. He’ll be enthusiastic about your relationship and will show up, time and item again, in the most consistent way that he can!

Being with a Sagittarius man can be a totally new experience, he is so crazy, adventurous, and open-minded

You have probably never felt like this about anyone

He is sexy, smart, and incredibly exciting

However, things seem to be going askew with the two of you

It is like he becomes a different person, totally unwilling to pay you attention

You are sure that you didn’t do something wrong

And when you ask him he says it is nothing

He is pulling away, and you know it

However, you need to be ready to commit to this change because wants it has been made then there is no going back

The relationship you have always wanted is at your fingertips

061
Did you get a Sagittarius man to commit? How did you do it? Please share with me!