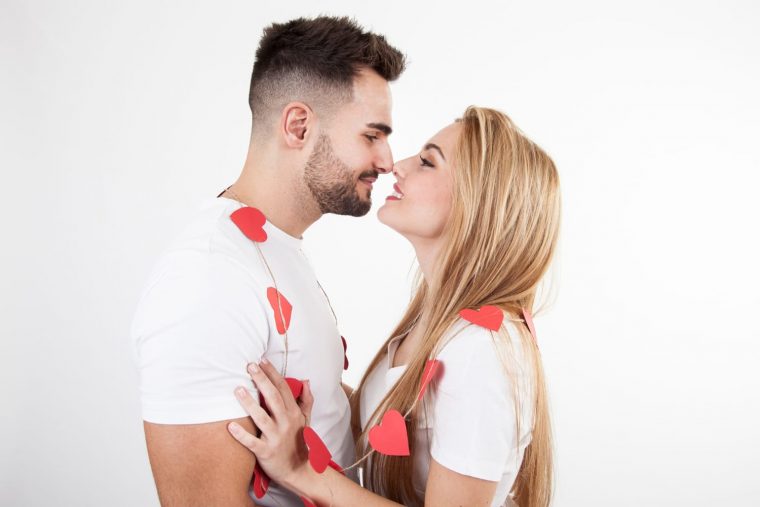 The Sagittarius man is one of the boldest personalities in the Zodiac. He has a huge personality and incredible self-determination! So, you may be surprised to hear that there are some words that you can say to make this pillar of strength melt in your hands!

He needs a little pick-me-up just like anyone, so don’t hesitate to drop any of these phrases when you want him to feel a little closer to you!

Sagittarius’ derive great fulfillment from their sense of humor. This is the exact reason why they seem to breeze through life without a care. They don’t take anything seriously!

A Sagittarius’ favorite sound is the laughter of those he loves, and so if you are laughing out loud at all of his antics, then you’re making him feel appreciated.

Reassuring to him that you think he is the funniest guy you know will keep him feeling on top of the world! He’ll deeply appreciate your reassurance that he’s your favorite jokester.

Believe it or not, some guys are funny AND smart! They’re called Sagittarius’. The Sagittarian man sees the world on a large scale, which tends to give him an appreciation for the ‘why’ behind what he and others do and adhere to.

It’s easy to forget that Sagittarius’, being as goofy as they are, have this deeper side to them! But they need their partner to acknowledge this part of them, as it’s a side that they are particularly fond of.

Telling him that he is philosophical or deep will let him know that you appreciate him for his active mind, something that he takes pride in! I’d slide this phrase in after he’s shared his thoughts with you on ethics, government, or philosophy.

Sagittarius’, being ruled by Jupiter, are as big and bold as the gas giant itself! Jupiter is a planet of expansion, joy, and abundance. Basically, your Sagittarius guy is super generous and feels like a gift to everyone he meets!

Sagittarius’ are often subconsciously expected by others to turn the mood around and improve the ‘vibe’ of the room. But because it’s subconscious, he’s often not praised for this quality.

Let him know you see how his presence is uplifting by reminding him of his positive effect on others and especially on you. This is a phrase he’ll take to heart! 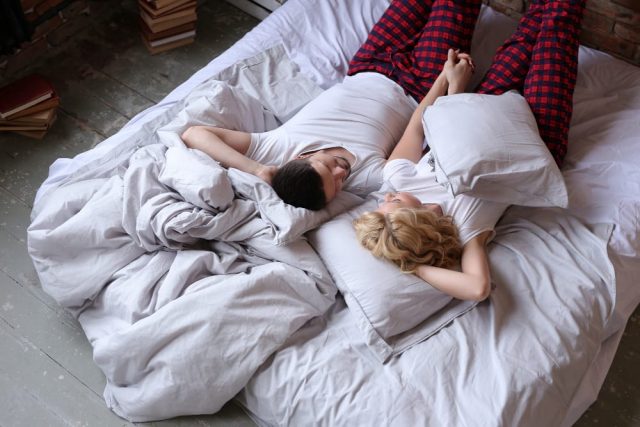 Jupiter is not only the planet of the thinking man, but the playful man! A Sagittarius man is going to be the one playing games, and sometimes playing pranks. Think Jim from the Office and you’ll understand the Sagittarian sense of humor.

A Sagittarian is going to be the type of guy to have an appreciation for game nights, casinos, and arcade bars. I hope you like to be silly and have fun because that’s just how the Sagittarius man is!

If a Sagittarius man hears that his natural, whacky nature is admired by you then he is going to feel as if you might be the type to keep around for a long time!

5. “I appreciate your honesty.”

One trait that often gets Sagittarians in trouble is their blunt honesty. Of course, they don’t mean anything by it, they just call it like they see it!

They may have been made to feel that telling their truth is offensive to others. If you turn the tables and tell them that you actually appreciate them for their honesty then you’ll find your Sagittarius positively elated!

6. “Your optimism is inspiring!”

Sagittarians are always looking on the bright side. They’re the ones with the biggest smiles in the room and the loudest laugh. They may be popular because of their glass-half-full attitude.

They want everyone around them to see the world how they see it, bright and full of hope. When you affirm to him that his optimism is having a positive effect on you then it’s proving to him that he’s succeeding!

It will also encourage him to display his happiness even more when you’re around since it is having such a positive effect on you. Everyone wins, in true Sagittarian fashion!

In addition, he will be accepting of any lifestyle as long as it honors his ethical compass. This means that he doesn’t judge experiences, rather, he’d like to learn from it!

The Sagittarius man will value you noticing this about him, since often he stands alone in his receptive way of life.

Another phrase that will have him melting is “I can be myself around you.” Sagittarians never want others to feel that they have to hide any part of themselves, and often people don’t hide from the Sagittarius because he gives no indication that he will judge them.

He will be thrilled to know that you can open up around him! He works hard to create the kind of environment that brings people out of their shells. Let him know it’s paying off!

9. “Let’s build a future together”

Since Sagittarians are so optimistic, they feel good about the future, and it shows! They are referencing the future more than the present sometimes, and it’s because they see nothing but blue skies ahead.

When you start to reference the two of you together in the future, it will also plant the seed in his head and he’ll run with it! He loves knowing that his partner is also seeing the great potential that the two of you have to grow.

You can say it outright, or you can start to add in things like “When we get a place together…” “We have to go to Hawaii one day,” or “After we’re married one day…” He’ll appreciate that you see as a strong a future with him as he does with you!

The Sagittarius man is going to be one to feel best when he is doing the impossible. He doesn’t need people to do that, but he does want some great friends and loved ones around to see him shine.

His strength and independence are truly two of his greatest qualities! You seeing his good qualities and bringing them to his attention lets him know that you’re paying attention.

What words and phrases make your Sagittarius man swoon? Let us know down below in the comments!

If you aren’t sure if the Sagittarius man is for you then take my free quiz here to find out for sure!

And if you want to find out everything there is to know about the Sagittarius man, check out my book Sagittarius Man Secrets here (and let’s face it, Sagittarians are totally turned on by bookworms!). You can find it here.