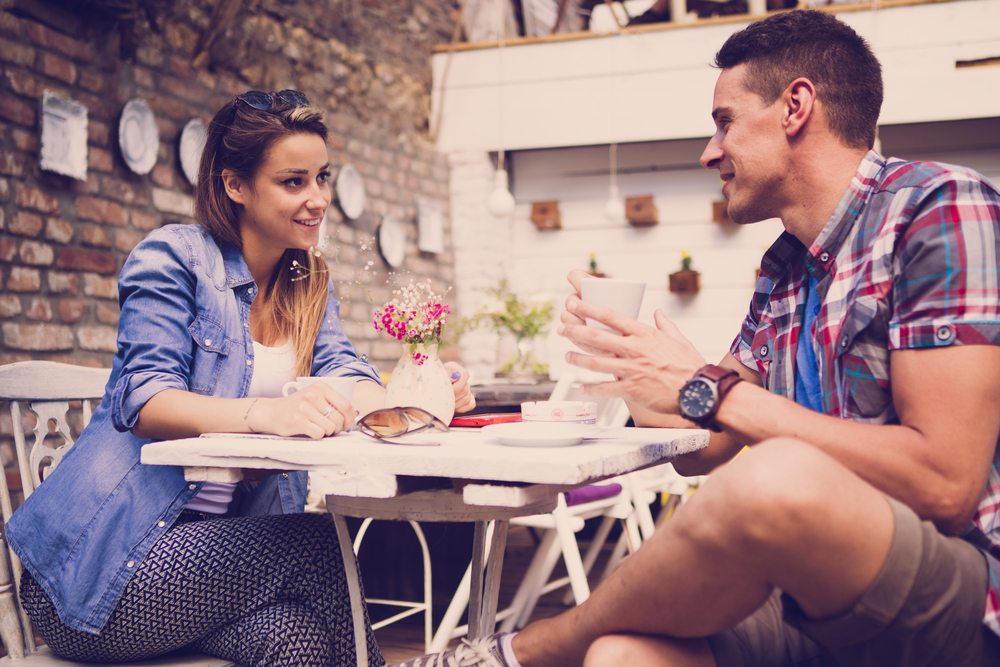 Being into a Sagittarius man is an overwhelming feeling, as I am sure you would agree. These guys will walk into your life and certainly rock the boat in ways you could never imagine.

You might be wondering if he likes you back if a Sagittarius man keeps contacting you. Does this mean he wants more? Or is he just bored and looking for entertainment?

Well, luckily for you I have some very clear signs on what to look out for to know if a Sagittarius man likes you through text and in person. Are you looking for more answers and want to be clear about his feelings for you? Then keep on reading to find out more.

How To Know If A Sagittarius Man Likes You Through Text

1. He Checks In Throughout The Day

A Sagittarius man might have a lot on his plate. He’s one of the busiest men in the Zodiac, always heading from one thing to the next so when he is taking the time to text you, this is without a doubt a very bright green flag! You’re a lucky girl.

When a Sagittarius man likes you through text you will be able to tell by how engaged he is with you and if he reaches out to speak to you often. If it seems like he really cares about what you have to say, then chances are good he has a bit of a crush on you.

3. He Makes You Laugh

Does he make an effort to put a smile on your face and make you a happy girl? One of the best things about a Sagittarius man is his endless positivity and optimism and when he likes someone he is going to go out of his way to make her smile.

Does he send you funny jokes or videos? Then chances are looking good that this Sagittarius man likes you through text. He wouldn’t just do this with anyone as he has much better things to do!

When a Sagittarius man likes a woman, he is all in, and due to this, he’ll have the tendency of texting often. This is because he is intrigued by you and wants to get close to you as fast as possible.

It is all or nothing with a Sagittarius man. I would only be worried if you stopped hearing from him without explanation. This might mean that he has lost interest and he might be bored.

4 Signs A Sagittarius Man Likes You More Than Friends

When a Sagittarius man likes you, he will want to spend time with you. Whether it’s talking on the phone, texting, social media messaging, or getting together, he will try to take up much of your time.

He’s one that wants to dive in and live for today instead of putting it off for tomorrow. He’s one that is in the present moment and doesn’t want to waste a minute if he can spend it with a woman he’s interested in.

This guy is truly forthcoming when it comes to liking someone. He’ll step up and let her know somehow. Spending time together and getting to know each other helps build a better foundation.

If the Sagittarius guy you’re into keeps asking you out for lunch, dinner, or to hang out otherwise, it’s very likely he’s interested in you. He does have friends he likes to spend time with also but his mate always takes precedence.

He has a bad rep for being non-committal or flaky but the truth is, once he feels he’s found the right person, he will settle down. Don’t let all the bad rumors fool you.

If you’re spending lots of time with this guy in person, on the phone, texting, or talking via social media; it’s likely he’s into you and wants to get to know you more. The Sagittarius man who likes you will want to talk to you as much as possible. Whether you’re on a phone or in person, he wants to talk about anything and everything with you.

This is the type of guy will talk on the phone for hours at a stretch. He loves hearing your voice, he loves learning new things about you, and he loves to share his own life experiences with you.

He wants to connect. He’s typically very optimistic and enthralling when you talk to him. He is never bored because he always has something going on. That means you’ll never be bored when you’re with him or talking to him.

He will talk about anything under the sun. He’ll talk about his past, he will listen to you about your past, and he’ll be a great advisor whenever you need some help with any situation.

He’s there for you and tends to be someone that everyone wants to turn to when they have problems. Sagittarius man is gifted and talented with helping people. \

This makes him a fantastic humanitarian.

If Sagittarius man likes you, he’ll likely tell you flat out what he thinks of you and what he wants with you. That means saying “I like you and would like to spend some more time with you” or something similar.

He’s also a romantic so he’ll be the kind of guy sending you sweet text messages, saying sweet things on the phone, or brings you gifts. Even if you two haven’t actually gone on a date yet, he’ll be present.

Basically if a Sagittarius man is spending lots of time around you in person, online, or via the phone, you can bet that he likes you and wants to find out what there is between you.

He’ll take the time, he’ll negate his own personal freedom, and he’ll want to do things that make you feel happy. Sagittarius men love making other people feel really good.

While he may come across as cold or uncaring at times, it’s because his mind is likely full of other things going on. He never means to be callous. His heart is big and he just wants to share it.

Watch his actions and you’ll be quite aware of what he wants with you. When he wants to be just friends, he’s not as forthcoming and doesn’t reach out quite as much.

4. Talks about the Future While the Sagittarius man is big on being in the “here and now”, he does also think about the future just like most other people. When he talks to you and mentions you as though he sees you in the future, you’re in!

If he even mentions a week or two down the line and says “we” or “our”, he is including you and that means he’s into you and believes that the two of you are heading somewhere.

He’s not a slow mover. He may come across as shy but once he gets to know you, all bets are off. He will not have any trouble telling you what is what and where he sees things heading with the two of you.

He may way for you to tell him what you want or that you’re really into him but when you do, he’ll tell you “I feel the same way”. Then you can carry on with the relationship you want with him.

Unlike many other men in the Zodiac, the Sagittarius man likes to seize the moment rather than let it pass him by. He will do this when he really sees someone as a woman he could spend his future with.

He may also be very wrong but he’s a risk taker who is willing to find out what the truth of it is. He’s willing to put his heart out there and see where things land. He’ll make sure that you KNOW he likes you.

He won’t miss an opportunity where it presents itself. If he’s reaching out to you quite often then you can rest assured that this Sagittarius man is very much into you and wants to see what is there. You simply have to give him your hand!

Check this out for more on your Sagittarius Man <—0

Being with a Sagittarius man can be a totally new experience, he is so crazy, adventurous, and open-minded

You have probably never felt like this about anyone

He is sexy, smart, and incredibly exciting

However, things seem to be going askew with the two of you

It is like he becomes a different person, totally unwilling to pay you attention

You are sure that you didn’t do something wrong

And when you ask him he says it is nothing

He is pulling away, and you know it

However, you need to be ready to commit to this change because wants it has been made then there is no going back

The relationship you have always wanted is at your fingertips

Wishing you so much love and happiness

Your friend and relationship Astrologer