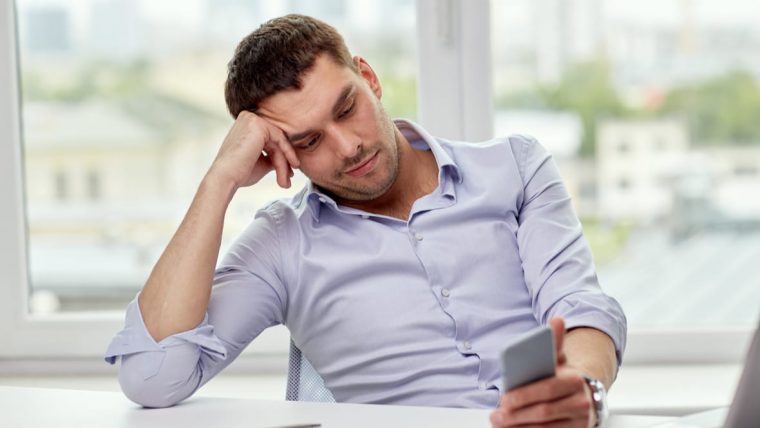 Hello ladies, and welcome back to my little corner of the internet. So, word on the street is you’ve got a Sag guy in your life who hasn’t been getting back at you when you message him. What’s up with that? Is it normal for a Sagittarius guy to not answer texts? Are you struggling to get a reply despite your best efforts? Why does the Sagittarius man avoid your texts?

My name is Anna Kovach, and I’ve been a Relationship Astrologer for a hot minute. I’ve had many opportunities to work with Sagittarius men and women, and I’ve been able to decipher some of the reasons that the men in particular avoid texts.

Sagittarius’ are arguably the most freedom-loving sign of the Zodiac. As a fire sign, their energy and enthusiasm are never lacking. This is a ton of fun to be around when you’re with him in person! This energy can quickly take a nosedive once you’re apart from one another and have to communicate via text.

All hope is not lost, but the first task is to get to the root of the problem, which is exactly what this article addresses. Keep reading to find out the core reasons why your Sagittarius man avoids your texts.

The Sagittarius guy is a free bird. He doesn’t believe in boundaries, and everything is a new place to explore. This spirit of adventure in him allows him to drop everything and just flow where the wind takes him. This is a charming quality, but it can certainly make reliably answering a text a bit of a struggle for a Sagittarius.

Sagittarians don’t like to feel beholden to anyone. If a Sagittarius feels like someone is trying to have a say in his life or steer him in a specific direction, he is certain to go the exact opposite way. Whatever will keep him from being controlled is what he’ll do. So, where does this leave you in the equation?

The Sagittarius may perceive an expectation that he should answer your texts as an attempt to control his actions. He simply won’t allow himself to honor the intentions of someone who has any expectations of him when it comes to his actions.

This can feel like discouraging news, but keep in mind, every Sagittarius has a very unique birth chart. This means that Sagittarians and every sign is far more nuanced than I could possibly cover here. If you want to find out about your individual Sagittarius, I advise you to come talk to me right here, my friend.

2. He Left His Phone Unattended 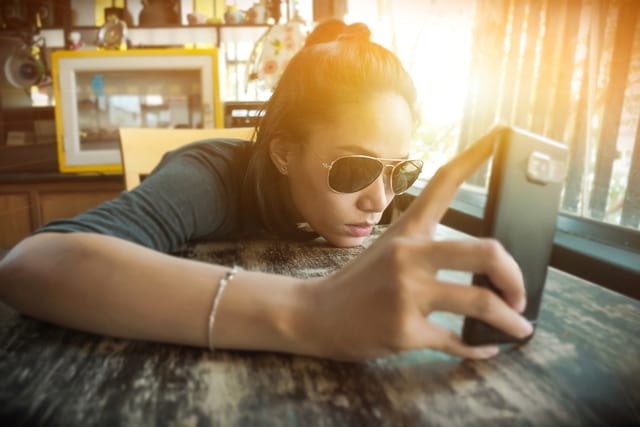 Sagittarius men are a little different than a lot of people. They’re not too attached to their phones. It isn’t like they leave it at home when they go to work or anything, but they definitely don’t mind leaving it on the counter for a few hours.

Sagittarius men are people who live in the moment. They are incredibly present in their daily life. Phones and social media, in general, tend to be a shallow form of entertainment, and text conversations can feel empty when there is no context of location between the two of you. When you hang out with one another, he is much better able to connect.

Sagittarians are some of the most authentic people you’ll ever meet. If you want an honest partner, this is the one for you. They’ll never try to BS you, and you’ll always find that they’re more than able to listen to what you’ve got to say without judgment and almost nothing offends them.

The catch here is that since he is unbothered by others not talking to him all the time, he assumes that others are also unbothered by it when he’s the one doing it. He can’t act fake, and that’s all there is to it. He would never even consider just faking it through a conversation that he doesn’t feel interested in having.

If he’s not in the mood to talk, he simply won’t text you or answer your texts. There aren’t even any guarantees he’ll answer your text that day. So, this can require a fair amount of patience from people who love the Sagittarius man. 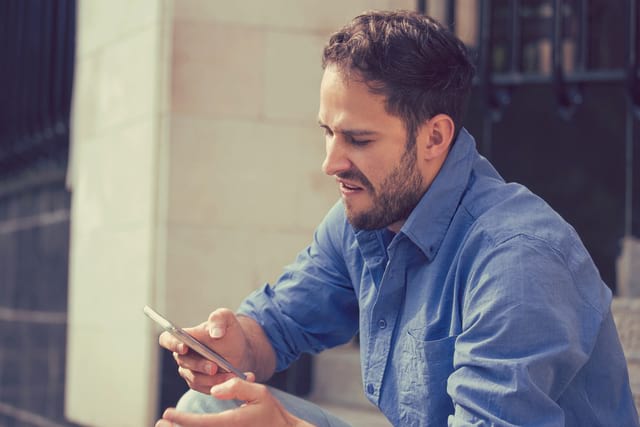 We know that Sagittarius’ aren’t the most consistent individuals. To understand them, you need to put yourself in the shoes of someone who doesn’t fear judgment and can only be themselves. This is the only way to make sense of Sagittarian actions for some people. Sagittarians tend to be brutally honest and this is because the truth doesn’t hurt them, so why should it hurt others?

The Sagittarius man might not answer your texts simply because the topic of conversation isn’t up his alley. Some Sagittarius men will just change the subject to something else, but if they feel pressured to have a certain conversation with you, they’re going to peace out really quickly.

Putting a Sagittarius guy on the spot is never a good idea. Plus, he may just prefer to talk in person. Sagittarians know that nuance can’t be properly conveyed in a text message, so they often save conversations for other times.

Sagittarius men can be notoriously difficult to try to talk to via text, and that is exactly why I wanted to write this article. As it turns out, a lot of women struggle with this one. This definitely doesn’t mean that there is no hope! Sagittarians are capable of change since they’re a mutable sign.

Finding a way to have your attempts to communicate validated while also creating space for the Sagittarius to be as independent as he needs to be is a difficult task a lot of the time. However, it’s far from impossible to manage.

Sagittarius men are some of the more difficult guys to wrangle into a text conversation. This is why I wrote this one for you. The Sagittarius man often requires a little assistance to understand.

Texting him can feel like fighting a losing battle. There are things that can be done though. Certain texting styles will resonate more deeply with the Sagittarius man.

I’ve been able to outline what the Sagittarius guy responds best to in texts. If you know just the right way to turn a phrase, you’ll find his response rate to bounce back drastically.

>> I’ve outlined it all here. I think you’ll find some insights that will give you faith and results.

Wishing you all the luck in the Universe!