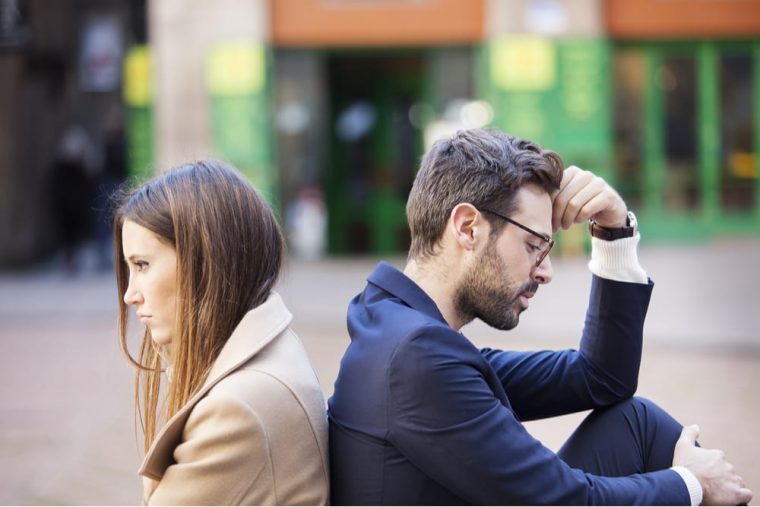 Signs a Sagittarius Man Is Interested in another Woman

When Sagittarius Man Loses Interest In You

If your Sagittarius man may be interested in someone else then that would mean he isn’t interested in you anymore. He will start acting a bit colder toward you and it will be noticeable.

If he used to be really affectionate but is now sort of a cold fish or gives you minimal attention, his attention may be heading toward someone else. He may stop calling as much, coming around, and stop asking you out.

In the case that you live with a Sagittarius man, he will start being quiet, he’ll make himself sparse, he’ll stop talking or showing interest in what you’re doing, and if he ever said he loved you, he will probably stop saying that too.

This is how he acts when he feels that his time with you has expired or if he’s found interest in someone else which comes from him deciding that the grass is greener on the other side which is a flaw in the Sagittarius character.

He will be rather obvious that something isn’t right. For a man to go from grabbing your rear end frequently to barely touching you if at all means that he’s lost the feeling he had for you.

When he starts finding less interest in your life and shuts himself off to you, he’s definitely given up on his interests with you. It’s time to confront him and find out what is going on so that you’re not left hanging.

The Signs that Sagittarius Man Wants Someone Else

I mentioned what it’s like when he loses interest. Now aside from those signs, you have to be aware of the red flags that indicate there is someone else possibly involved with your guy.

He will suddenly be more interested in gaming, internet, social media, or texting. If you find that he keeps checking his phone quite often while he’s with you, he’s probably talking to someone.

While it’s true, they tend to have lots of friends, it’s not normal for him to be tied up on the phone that much unless he’s talking to someone he’s interested in being more than friends with.

Sagittarius loves their own personal free time and they don’t give it up unless they like someone. That’s why he will cut you short on time when he isn’t into you anymore. On the flip side, he’ll pay LOTS of attention to the one he digs.

He will have less time for you which could also mean he’s seeing someone already and spending time with her instead. If you have any of these feelings, you’ve got to get on it and find out what is going on.

Don’t wait and try to speculate what he may or may not be doing. Sagittarius men are fast movers and if he’s decided to move on from you, he will pretty much jump on the chance to get with someone else.

He’s looking for his soul mate and once he’s figured that you’re not that person, he will keep looking. You don’t need to keep moving forward with someone who clearly is moving on.

What To Do When You Find Out Sagittarius Man Likes Someone Else?

When you know for sure that he’s into someone else and is in the process of ending it with you, all you can really do is confront him on it. Ask him what is going on, what happened, why is it ending, and is there still a chance.

If he has any love for you at all, you may still be able to break through. Perhaps if things went badly and they are still fixable then you can prevent him from moving on with someone new.

Talk things through and ask him to give it another shot. He will do it if he thinks there is a chance that the relationship can be salvaged. If he doesn’t however, he will tell you that he’s just done and that will be that.

You have to face the possibility that he will call it quits. Sagittarius’ run hot and cold very quick. They know what they want very fast and they also fall out of love just as fast.

This is why they’re known to be somewhat flaky at times when it comes to commitment. It’s not that they don’t want one, it’s that they tend to dive in and then figure out it’s not a Disney set and then they lose heart.

They decide to go for something else or someone else that seems far better than what they have. They get stuck in the mode of thinking that the grass on the other side of the fence looks far more luxurious than the grass he’s growing.

Once they’re in that type of mentality then he’s always going to change out partners until he learns that what he has is the best he can get and he should work to maintain it instead of running toward something new.

As I mentioned, confront him. That’s all you can do. Ask him what happened, is there still a chance, and try to get him to walk you through it. If there is still a chance then he will surely let you know.

Otherwise you’re going to have to try to find a way to move on to find someone else who will give you the commitment you seek and give you all the love in the world.

It’s hard to imagine life without the Sagittarius but if he cannot keep his eyes on the prize then there is no point for either of you. Trust your gut always!

Are you a woman who thinks a Sagittarius man likes someone else? Tell me why!