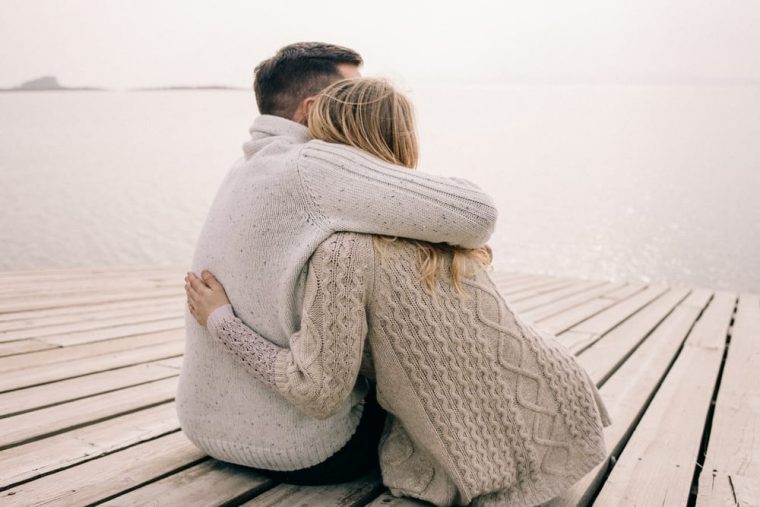 One of the questions I get the most in my practice is when a woman asks, will a Sagittarius man come back after a breakup? So many of my clients have fallen into the trap of finding themselves in love with a freedom-seeking Sagittarius man.

These Sagittarius men are wonderful, but they can drive women totally crazy with their independent and non-committal ways. These guys are outright heartbreakers, even if they don’t intend to be this way.

Do you have this question on your mind? And do you want to know how to win a Sagittarius man back? Then keep on reading to find out all of my secrets to help you get the happiest relationship possible.

Will A Sagittarius Man Come Back After A Fight – How Bad Was It?

The Sagittarius man is someone who actually doesn’t hold grudges and doesn’t stay angry for very long. If something happened between you two that wasn’t too big of a deal, he’ll like to get past it and be alright with you.

If you deeply hurt him by cheating or lying to him, then this may be something he may forgive but will not forget. This will make him always watch to see what you’re doing and what you’re saying.

He could give you another chance but be aware that you’ll have to work to win his trust back because he’s not going to freely give you that trust right out of the gate. You’ll have to prove that you mean what you say.

If you cheat on him, he may not want to return. He isn’t one to accept this as a way of life. He knows that he can find someone else who will be more loyal and he knows that his love is a treasure.

In the event that you did cheat by kissing another woman or doing inappropriate texting, etc.… he may be able to forgive you but again, he won’t forget so don’t expect him to let go of that for quite some time, if ever.

Having a full-blown affair will make the Sagittarius man feel very betrayed and he’s not very likely to give you a second chance unless his self-esteem is beaten down from previous experiences.

Most of the time, Sagittarius will turn his back on you and not look back. He’s also not one to do “yo-yo” types of relationships. While he could still find interest in someone who he loved at one time, he remembers the discord that came with it.

Will A Sagittarius Man Come Back After A Breakup? 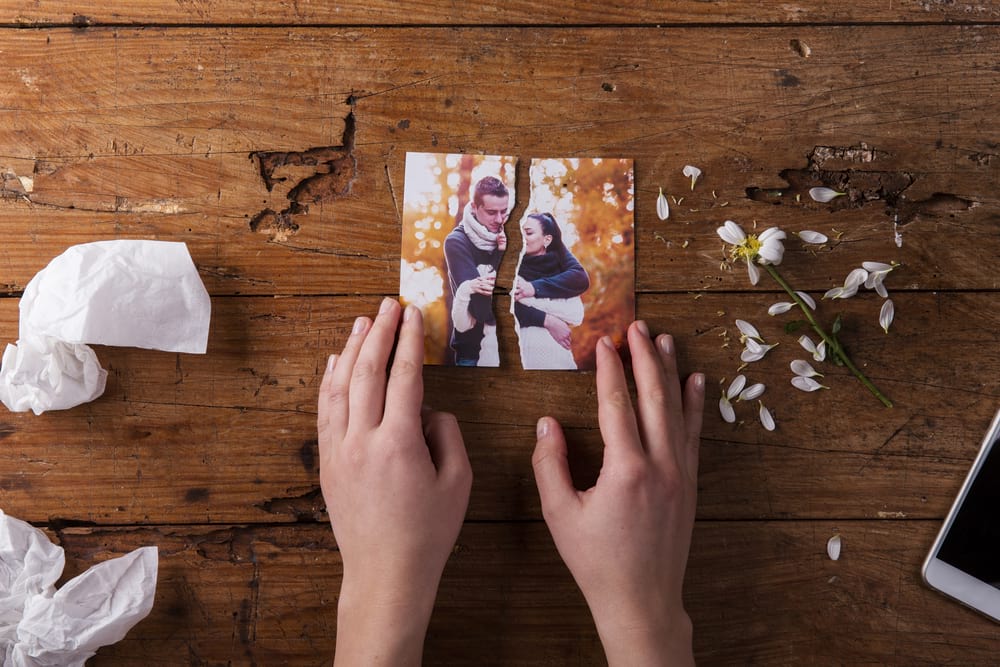 Giving you the silent treatment and going to cool off isn’t a big deal, typically because he’ll chill out and come back to talk about things. Don’t ever follow him or try to make him stay when you’re arguing. Let him go simmer down and come back.

Arguing is not a big deal unless there are some really nasty things said. Even then, he accepts that you are fallible just like everyone else and if he loves you, he’ll forgive you and move forward.

The Sagittarius man is very optimistic and tends to try to see the light in people. Even if they hurt him, he’ll realize that people make mistakes, and therefore, he’ll try to work through it rather than just give up.

However, if it’s something that’s really bad; he’ll probably try to work through it but when he realizes that he ultimately was screwed over, he’ll want to check out because he’d rather go on his own or find someone else who is better for him.

If the two of you broke up, you’ll have to consider why it happened. Was it something particularly bad? Did he just tell you he isn’t in love anymore and wants to move on?

Really think about why he broke it off unless you were the one that broke it off. Why did it happen? Did you doubt him or did he do something that made you question the relationship?

Either way, if there was a breakup, your Sagittarius man may still come back if the two of you were connected. He doesn’t like to look back but sometimes someone leaves an impression on him.

Figuring out the core of what happened can help you figure out what can be done to fix things and ensure he comes back.

How To Know If A Sagittarius Man Will Ever Come Back – Is There Hope? 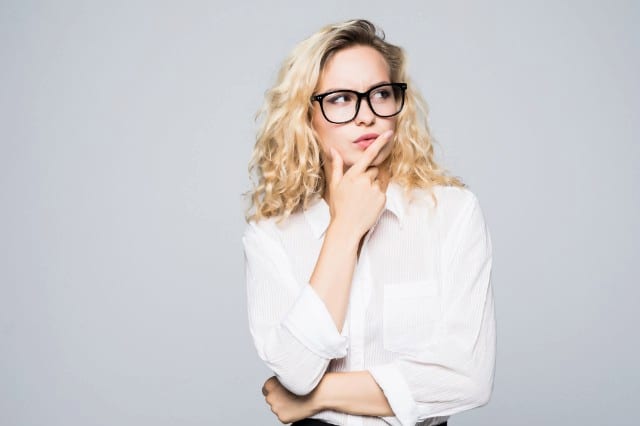 Naturally, you need to know what to look for if there is still a possibility that you could get your Sagittarius man back. One of those signs is that he still talks to you and is still connected.

If he stays friends with you on social media, still text messages with you or responds to your texts, or even talks to you any other time then there is still hope. Sagittarius will only shut someone totally out when he’s 100% done.

He can be quite a cut-and-dry kind of guy. If he has lost complete interest in you then he won’t even give you a glimmer of hope, because he doesn’t see the point in wasting his time.

He is someone who will move on quickly but if there was a bond there that really impressed him, he may still be up for trying to repair what didn’t work the first time around, thus, giving it another chance.

The way to know if your Sagittarius man will come back is how he responds to you when he goes quiet, breaks up, or gets upset. Upset isn’t strong enough to make him not want to talk to you again.

He gets over stuff very quickly and doesn’t like to carry baggage. That being said, if you two just had an argument, it’s likely he’ll still be there even if it seems he won’t. Unless something REALLY bad happened, he should still be talking to you.

Even when a Sagittarius breaks it off with someone, he will likely still stay friends, as he doesn’t typically like having exes as enemies. He’d rather stay friends and continue pleasantries with them.

When you keep that in mind, you realize that he’s still in your life even if a little time needs to elapse. He may just want to stick with friendship but you’d still have him in your life.

If he chooses to walk away because he just doesn’t feel the love he wants to feel, then you may have to accept defeat and let it go. Otherwise, stay friends and work your way back in.

You’d be surprised how much footing you can gain with a Sagittarius ex-boyfriend. If he really cared for you deeply, he may discover the magic again with time and patience.

Will A Sagittarius Man Come Back? Final Thoughts

There is truly only one way you can act when you have involved yourself with a Sagittarius man and that is to simply accept that this is a man who doesn’t care to be tamed. There is no controlling him. If he wants to come back, he will. If he doesn’t, he won’t. It is as simple as that.

He needs his freedom and he needs you to accept this about him. All he is doing is being himself and acting authentically and for a Sagittarius man, this is more worth to him than actual gold.

He needs to be with someone who can accept that he has to live the life of a man with freedom or else he will feel stifled and this would be even worse for your relationship.

You need to have a serious think with yourself and truly question whether you would be happy in a relationship like this. Just remember that you always have a choice in the matter and if you are feeling overwhelmed with your love for him, yet unsatisfied, he might not be the man for you.

Making a Sagittarius man fall in love with you isn’t so easy, because he is such an independent guy.

He is a straightforward guy who loves a wild woman in the bedroom.

He makes you feel like the most amazing woman in the world and his positivity gives you all the confidence you need!

It is such a pity that recently it seems like he is trying to actively avoid you.

You just can’t seem to understand why your Sagittarius man keeps ignoring you!

You are sure that you didn’t do something wrong.

And when you ask him, he says it is nothing.

He is pulling away, and you know it…

You love him with all your heart and you want to fix what is broken.

However, you need to be ready to commit to this change because once it has been made, then there is no going back.