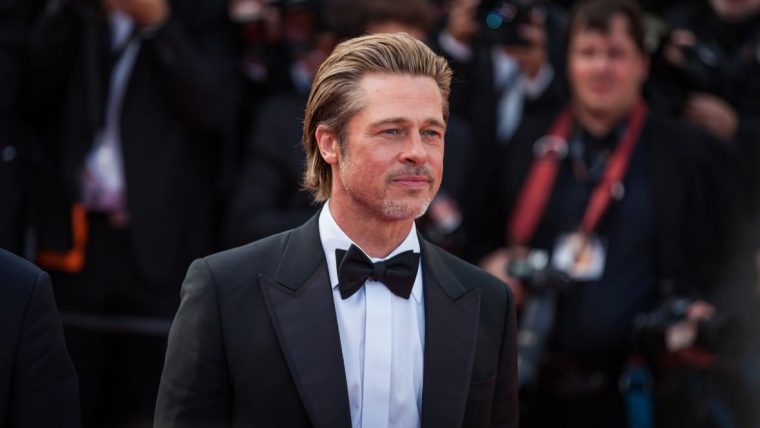 Sagittarius men are some of the most interesting and noticeable characters in the Zodiac. And Sagittarians are actually one of the most common signs among celebrities!

This might be because nothing they do is ever enough for them. They have no limits and so as a result they are constantly reaching for the stars.

No one gets famous by being stagnant and not reaching for anything better in life, and so it is my guess that their inability to see the ceiling assists them in busting right through it!

I want to take a look at some of the Sagittarius men that we cannot stop coming back to and admiring. Let’s get into it!

Having just passed away this year, I don’t think we will ever get over this beautiful Sagittarian soul.

Chadwick was born November 29, 1976 making him one of the only November Sagittarians on this list.

Sagittarians are typically known worldwide when they get famous due to their international appeal, and this was no exception with Chadwick. Due to his huge fame from Black Panther, he was known all over the world by the time that he passed away in the year 2020.

Sagittarians are ruled by Jupiter and Jupiter being the largest planet in the solar system, Sagittarians often believe “bigger is better.”

This is totally the case when it comes to DJ Khaled, born November 26, 1975. He is simply a larger-than-life personality. Watch some of the videos he uploads of his luxurious life on his properties and you’ll see what I mean!

Sagittarians are also associated with the ninth house of the Zodiac which rules publishing. Little surprise then that he has published a book called The Keys.

You can usually tell a Sagittarius by how casually they flaunt their excess. A Sagittarius will not do it to brag, but they also feel no shame in their good fortune.

No one demonstrates this more clearly than DJ Khaled!

Charlie Puth is one of the younger Sagittarians on our list, born December 2, 1991. He is a good example of how his Sagittarian luck helped him get discovered.

Jupiter is considered the planet of luck and good fortune, which may contribute to the fact that many celebs are Sagittarians. Jupiterian people are endowed with a natural sense of optimism which contributes to how they believe that things are going to work out for the best for them.

Charlie tried his hand at singing on YouTube. He says he was inspired by Justin Bieber’s success on the video site. Out of the millions of YouTubers hoping they get discovered, Charlie actually did!

Born on December 18, 1963, Brad is a quintessential Sagittarius. The guy has been active in the film industry for almost 30 years, and he has attempted to aim higher with every passing decade.

He displays some Sagittarian traits because he is highly involved in overseas ventures. He has been spotted all over parts of Africa and France, among other places.

In addition, his open mindedness and accepting attitude were on full display when he adopted the children of Angelina Jolie, and also assisted in adopting orphaned children from various parts of the world.

Sagittarians are famous for their unprejudiced attitude towards anyone of other nationalities. They love expanding their minds to new ideas found from other cultures.

He has displayed this time and time again with his actions and by taking foreign children directly into his home with nothing but gratitude and pride.

Born November 22, 1967, Mark Ruffalo shows a different face of the Sagittarian man than Pitt does.

Ruffalo is highly involved in charity work not only in the USA, but also in foreign countries. Check out his Wikipedia page and you’ll see a laundry list of charitable activities that Ruffalo has been a part of.

A Sagittarius wants to expand their sense of never-ending optimism with everyone around them! So that’s why you’ll see him fighting for better lives for anyone of any creed or race.

He has many overseas charity and awareness projects in Iran, Israel, and Brazil, among other places.

Following the unprejudiced theme is Jake Gyllenhaal. This celeb was born on December 19, 1980 and has followed in the steps of other actors by being an outspoken advocate for various causes.

He flew to the Arctic once to advocate against climate change. He states that he has several practices that assist in reversing climate change such as recycling and planting trees in Mozambique on a yearly basis.

Jake pushes the artistic envelope as well in Sagittarian fashion. He has acted in movies like Nightcrawler, Donnie Darko, and Velvet Buzzsaw, all of which were surprisingly made and tended to fascinate in the sense that they were extremely unexpected films! Typical of a Sagittarius to want to reach the limit of what a medium can produce.

No other Sagittarius on this list demonstrates their ability to rise from humble beginnings! Jay-Z is a billionaire along with his wife, (and goddess) Beyoncé.

This was not always the case, as JAY-Z was born in Brooklyn on December 4, 1969. He lived in a project housing unit in Brooklyn with his mother and siblings, as his father left the family when he was just young.

Nowadays, he will let you know that he is the best rapper alive! He is always noted for his great flow in his raps. And it all started from a single beat machine that his mother bought for him when he was young.

Now tell me that isn’t a great example of a Sagittarius showing how they have no limits!

Read next: 8 Things You Need to Know Before Dating a Sagittarius Man

Frankie Muniz is another December Sagittarius, born on December 5, 1985. Frankie mastered the TV scene very young when he was the lead star in Malcolm in the Middle.

That wasn’t enough for him though because he went ahead and finished fourth in the Atlantic Championship Car Racing Tournament in 2009!  He also has directed and written movies and shows.

Another case of the try-hards with this Sagittarius man.

One thing we know is that Sagittarius seems to churn out great men by the boatload!

Do you have a favorite Sagittarius celeb that I didn’t mention? Share with us down below in the comments!

Take my compatibility quiz (right here!) to see if you landing yourself a Sagittarius man is written in the stars, or, simply buy my book Sagittarius Man Secrets to learn all about these guys. You can find it here.

Wishing you all the luck in the universe,