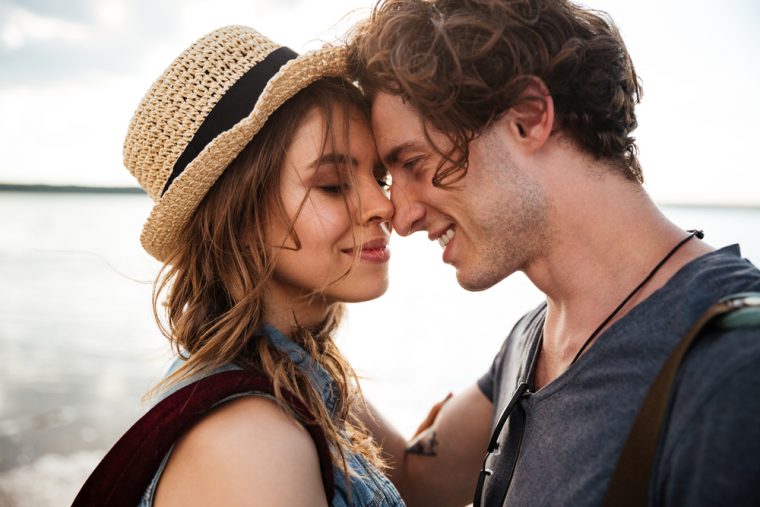 Trying to win the heart of a freedom seeking Sagittarius man may seem like a sport indeed. He’s hard to capture but when you do, you’ve got to know what you can do to keep him. Even more so, what do you do to get him to fall madly and deeply for you? Keep reading for information on how to make a Sagittarius man fall in love with you.

Be Spirited and Adventurous

The Sagittarius man is free spirited and he thrives on one adventure to the next. He loves to travel, see new places, meet new people, and have new experiences as often as he possibly can.

He is likely to have the type of job that allows him to travel. He just really loves going to as many different places as he can. He lives life to the fullest because he’s well aware that tomorrow isn’t something that is promised.

He lives by the seat of his pants and has no regrets. Even when he makes poor choices, he chalks it up to a learning experience and moves on from it. He’s very optimistic in this way.

If you’ve been dating a Sagittarius man for awhile and want him to fall in love with you, show him that you’re also willing to go on adventures with him. You can even have adventures by trying new things in bed.

Just keep things new and exciting for him and he’ll absolutely try to do the very same thing for you. Try to plan trips for the two of you, plan new places to eat, try different venues, take him places he’s never been, and try hot things in bed.

It’s pretty easy to get this guy hyped up. Just give him plenty of reasons and show him why you’re the best match for him. Once you do, he’ll fall heavy for you and you’ll have his heart in your hands.

He loves a good sense of humor, various cuisines, and a woman who is dedicated to showing her love for him. When he feels secure, cared for, and with someone who has his interest at heart, he’ll be madly in love.

The Sagittarius man has a smashing sense of humor that will make you want to pee your pants sometimes. Truly he’s a funny guy and typically he responds well to a woman who is also very charismatic.

He’s one that likes to have fun in the bedroom. He isn’t one that has to feel a deep spiritual connection but would rather enjoy himself with intimacy. It doesn’t mean he’ll never feel an emotional connection but rather, he can better through laughter.

He’s also not the cold type so sleeping with someone who has sex just for the sake of it isn’t really what he’s looking for either. He wants someone who is relax and wants to enjoy intimacy to the fullest extent.

He’s willing to try all sorts of new things in the bedroom. He will try most things you suggest. He’s your dream come true as far as a man who will do just about anything in bed with you.

He is even a guy who will participate in swinging, swapping, or group sex if that’s something you’re into. If not, he’s ok being one on one as well as long as you can role play or do something to make things interesting and funny.

Keep your sense of humor when you’re with him and definitely integrate it into your passionate ways in the bedroom and he’ll be hooked. Show him all your best moves, he’ll be impressed.

Pushing Him To His Limits

If he’s mentioned sky diving or something else thrilling but hasn’t done it yet, surprise him with a trip to do it. If he starts getting antsy about it, push him and basically dare him to do it.

He’ll do it because you dared him and he’ll thank you later for having gotten him to do it. This type of thing will definitely get him to fall deeply in love with you. He needs a partner to challenge him to do what he might not do otherwise.

If it’s something that involves pain or degradation, I wouldn’t suggest that type of thing. Though if he’s mentioned to you that he’d be interested in bondage or whatever else there is, you could try that.

However, I generally mean trying to get him to do things he’s never done even if it scares him. Hang gliding, skiing, zip lining, etc will get his attention. He’s typically an outdoors type of guy anyway so these things would thrill him.

If he’s afraid of heights, do something that will help him face his fears. He will absolutely eat it up and love you for doing something so thoughtful for him. Pushing him to be his best is something he will appreciate.

When you want a Sagittarius man to love you, be sure that you’re giving him lots of love. Show him why you adore him, take him places he’s never been, excite him, tell him good jokes, and show him who you are.

Don’t ever be phony with him though as he’ll be able to tell you’re not the real deal thus cutting you lose. Be yourself always with him. Show him who you truly are and if he feels for you what you feel for him, you’ll have his love for all the days long.

If you want to better understand how to make a Sagittarius man fall in love with you, and how to become the only one in his life, click here and find out everything about your special Sagittarius guy.