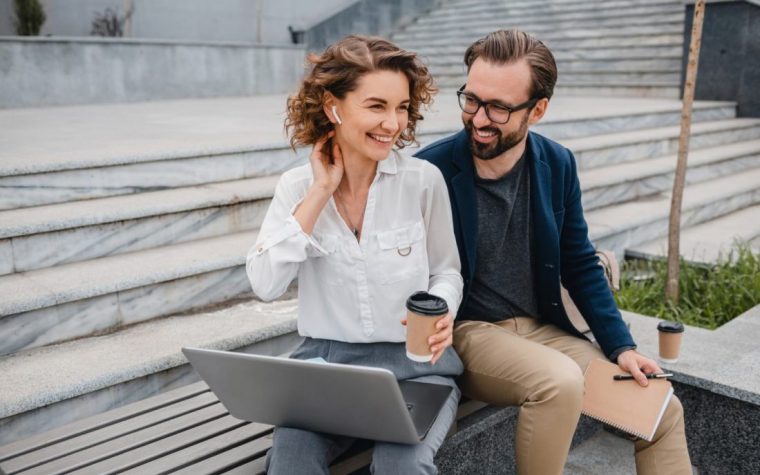 The Sagittarius man is easy to fall for. He’s sexy, friendly, funny, and he always seems to know the right things to say. Sadly, he’s only your co-worker. How can you get this guy to become something more with you?

Well, it’s your lucky day! I can give you some really useful tips on how to get your Sagittarius coworker to ask you out and make a move on you. Keep reading because you’re about to be amazed how easy it is!

The Sagittarius man has a lot going on in his mind and can make him seem a bit air headed at times. He is actually quite intelligent. He just isn’t always observant especially when a woman is into him.

He isn’t thinking about co-workers in a personal light much of the time, though he is known to form bonds or occasional friendships. What that means is that trying to be his friend would be a great first step.

If you normally don’t talk to him a whole lot or he’s not in an area that you can strike up a conversation with him, then it’s time to get creative! Fortunately, I have a few tricks up my sleeve for just this.

If he hasn’t noticed you before, it’s incredibly important that you take steps to get him to know you exist. Better yet, try to make friends with him in some way. How, you ask? Well…

Say hello to him every day 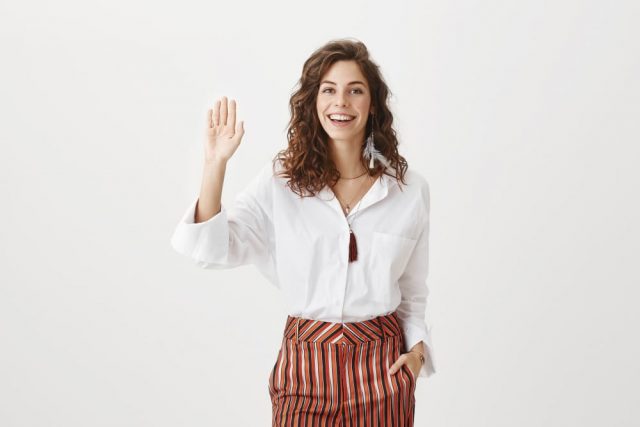 Take him for a coffee or have someone bring it to him on your behalf.

Break the ice by finding him on lunch break to say hello and ask him to have coffee with you.

You can bring homemade treats and offer him some. It can be for your friends but invite him too. It makes him feel special!

Leave him a note that says “I’ve noticed you, let’s talk sometime.”

These are just a handful of quick and easy, yet effective ways to get his attention that may lead to the two of you forming a bond or friendship. And from there, you are able to try to create something more with him.

Sagittarius isn’t about time frames, so he’s not likely to drag his feet like some of the other male Zodiac signs will. He will be open to what you have to offer, unless he’s not single.

If he is married or has a girlfriend then he’ll likely let you know so that you don’t misunderstand his friendship or kindness. He wouldn’t want to mislead you unless he’s actually a cheater. And that’s a whole other can of worms…

Sagittarius men are turned on by intellectual conversation and adventure. You will want to ask him what he likes and then talk to him about those things every opportunity you get.

If he digs you after you start talking to him, he’ll start making his way over to your area to talk to you or to say hi. If he smiles a lot at you, he’s interested. Keep that in mind in your pursuit!

The more you talk about your own life adventures and places you’d like to go, the more interested he’ll be, and wanting to know more about you. This is a good thing! Show him your independence and how brilliant you are – he loves that.

He will probably start to ask you questions about the things you’re interested in, if he is in fact interested in knowing you better. This interest is something that can form a possible bond.

Being a friend first with him will get his attention. Then you can start busting moves that will bring you even closer. A Sagittarius man isn’t afraid to get to know a woman if he thinks she’s worth his time.

You ARE An Adventure For Him 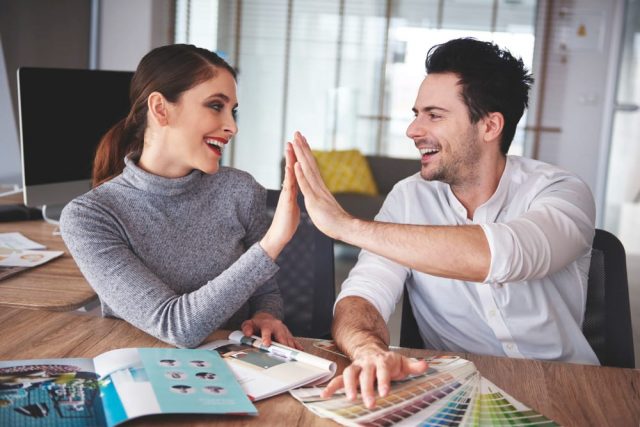 I know that may sounds like a weird thing to picture but honestly, you are a fresh person with new and exciting stories. This turns him on and makes him want to learn as much as he can!

This is particularly true when you share your experiences with travelling or doing things that are out of the “norm.” Make yourself the most interesting person he’s been around in awhile.

This will intrigue him, and make him want to talk to you even more than he was before. Trust me, when you make yourself the adventure for him, he’ll definitely take you up on it (unless he’s with someone else).

Even then, sometimes he may still want to talk to you because you intrigue him. Don’t be a home wrecker though if he tries to go for you and he’s already taken. If he can stray from her that easily, he will do it to you as well.

Part of getting to know a co-worker better and being friends requires time off the clock as much as it does on. On that note, you can easily ask him to have lunch with you sometime. You can invite a couple other people and make it a group event to relieve some of the pressure.

Sit next to him so that you two can have a conversation. Suggest some places you like to eat and where you like to go for fun. The more you do this, he’ll get the idea that you want him to ask you out.

Asking him for lunch alone will be a real eye opener. He most likely will say alright or maybe suggest dinner instead. That could very well go in your favor.

It’s the same thing if you ask him for coffee. If he doesn’t like coffee then he may invite you out for a drink after work. Either way, you have his attention and he’s willing to give it a try.

You can also invite him to a party that your other co-worker or friend is having. He’s always up for mingling and having a good time. He’ll be happy you invited him.

Even if he cannot go for whatever reason, he’ll love that you asked and may offer you a rain check for another time. That could lead to time alone with him. Go for it!

Don’t Put It Off

Ladies love Sagittarius men. Do not hold off on getting closer to him or asking him out because of fear. You could lose an opportunity with him if someone else swoops in to take him.

He’s one that will consider a new relationship as an exciting new adventure. He loves to have fun. When a woman offers him up fun on a platter, he’s ready to dive in!

Don’t let your worry set you back or make you lose out on a really awesome date with Sagittarius man. You will find that dating a Sagittarius man is actually quite easy.

Open yourself up, take a chance, be his friend, and ask him out. He’s not one to turn a woman down or wait to ask a woman out. When you ask him first, you’re showing him you like him!

He’ll respond very well unless he’s already in a relationship. He’s easy and lots of fun. What are you waiting for? Take a chance and dive right in!

He isn’t one to wait too long to get into a relationship either. He sees it as fun to dive right in sometimes. Unless he’s been deeply hurt, he will move fast if that’s what you want.

Read next: 10 Things A Sagittarius Man Secretly Loves To Hear From A Woman

If you really are attracted to a Sagittarius man that you work with, make it easy on him and yourself by being upfront and going for it. You will not do yourself any favors by trying to be sneaky or act like you aren’t into him.

He’s not really one to chase too much. He will a little once you’ve dangled the carrot in front of him but otherwise, he doesn’t like to waste time with someone who isn’t showing interest in him.

It’s so easy to get a date with Sagittarius man that it may blow you away. Speak up and tell him that you think he’s cool and you want to get to know him better. He may very well take it from there. Jump on it before you lose out!

What did you do to grab a Sagittarius man’s interest or get him to ask you out? I would absolutely love to hear your story. It helps me to help others!

Wishing you all the luck of the universe.