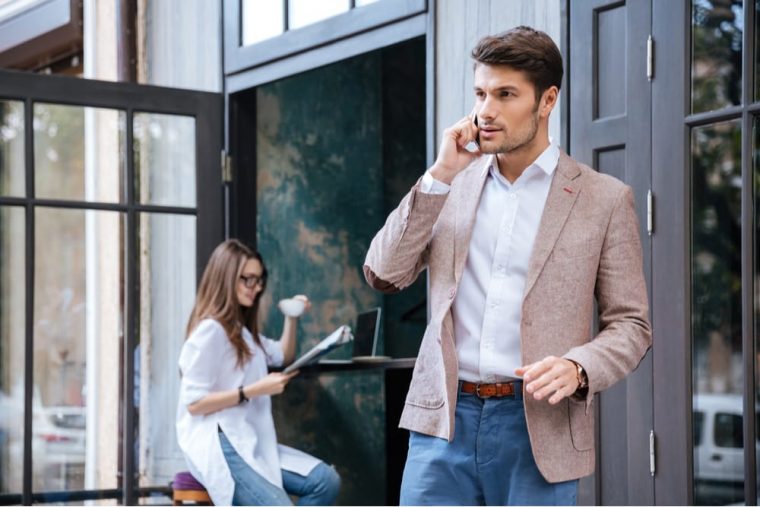 Sagittarius Man in Love Behavior – Is he Childish or Hard to Read?

The Sagittarius man is optimistic about his presence and lives life to the fullest. He takes opportunities when they present themselves. He’s a thinker too so even though he may seem as though he’s careless or makes risky choices, he thinks about what he does first.

He considers his options and weighs the pros and cons very quickly to obtain the yes or no in whatever situation he’s dealing with. When it comes to dating, he picks up on people’s energy and can tell who he likes being around.

This will come particularly helpful when he dates. If he’s falling in love with you or is in love with you, he’s already made a very important choice and is going with it. He’s going to give his all, be loyal, open, honest, and talk to you about everything.

He isn’t one to want to hide things or lie at all. If there is any reason he decides it’s not working, he is also as equally honest about it. He can tend to ghost a person though if he’s afraid of hurting them or making them angry.

At some point he will go back to explain why it happened though because he cannot seem to leave anyone “hanging” without knowing why he decided it wasn’t working out.

When he’s in love though, he’s in his best form of all. He’s a gentleman; he’s funny, thoughtful, considerate, sweet, passionate, and truly a Prince among men whom you cannot resist.

When the Sagittarius man falls in love, he wants to spend lots of time with his new found lover. He’s going to want to reach out to you and perhaps even chase you a little bit if you’re playing hard to get.

He’s not afraid at all to win your love instead of just having you give it over without effort. Give it a try and you’ll have him swooning. Don’t be too snotty though or he’ll decide you’re not worth it and will move on.

Be ready for this guy to plan many fun things to do and places to go. He loves travelling and it’s quite possible he’ll invite you to do a getaway weekend. He’s the type of guy that will whisk you off for a fantasy vacation.

He is an outdoors guy so the more he invites you to go do stuff like camping, hiking, cycling, boating, or anything else that is out in that fresh air, he’s probably really into you or in love with you.

Spending lots of time shows you how he feels since he does seem to value his personal alone time quite a bit. Much like the Aquarius man, he wants to keep his freedom in tact but when he’s in love, he will sacrifice more of his time.

Keep in mind that if he lets you into his inner circle or his personal life, he’s quite taken with you. He doesn’t let just anyone in. He is one of the few that will have a very small circle of close friends.

Sagittarius man is empathic and will tend to pick up on people’s false intention which is why he doesn’t befriend many. He will have loads of acquaintances that he calls friends but he uses that term loosely.

He doesn’t really see them as true friends. He only keeps a few close to him. The rest he keeps at arm’s length. If you’re in his close circle, he’s probably in love with you.

Basically the Sagittarius man is one that will spoil his lady love. If he goes from being friendly to spoiling you rotten, he’s in love with you. It’s pretty simple to see this sign.

Then of course if he is really in love with you, he will most likely tell you. He’s not above telling you flat out how he feels and what he wants. He will have no trouble saying those three little words.

Read next: Is the Sagittarius Man Sexually Vigorous or Powerless? Good to Know facts!

Is He Hard To Read?

Absolutely not! He’s one of the easiest of the zodiac to read. He’s pretty transparent because of his belief in being truthful and open. He’ll indicate how he feels with his words doubled with his actions.

If you are at a point where you just aren’t sure then you probably should get to know him more. He will typically be very obvious and when he’s not then he’s either not ready, unsure, or not interested.

If he isn’t interested he will let you know by not being around, not contacting you, not initiating dates, and basically acting a bit like a ghost. Otherwise he’s optimistic and wants to spend time with you.

Check on your own feelings and be sure of what you want with the Sagittarius man. Are you really ready to commit and be adored? If you are then by all means, continue what you’ve got with the loving Sagittarius guy.

The other question here was if he’s childish. No, he isn’t. He’s intellectual and tends to act with maturity unless he’s being a comedian. He’s very funny and witty but the only time he appears possibly immature is when he’s angry.

He may display tantrum like behavior but he has to be pretty darned mad. He’s not quick to anger so you have to really do something awful to make him react this way otherwise he’ll just be annoyed and blow you off.

Again, he doesn’t stay upset long so I wouldn’t expect him to stay mad at you for more than a day if that. He’s just not one to hold a grudge. He’s pretty level headed for the most part and honest about his love.

Are you loved by a Sagittarius man? How did he act with you? Tell me about it!